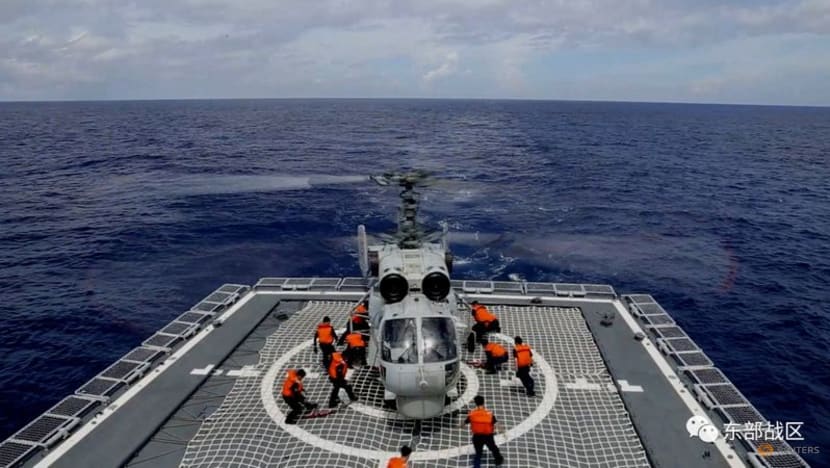 United States Air Force Secretary Frank Kendall said on Friday (Aug 19) that China's actions around Taiwan increase the level of risk, and he hoped that China's behaviour returns to the norms that were established before.
Post Views: 95

Taipei (20/08 – 36.36) United States Air Force Secretary Frank Kendall said on Friday (Aug 19) that China’s actions around Taiwan increase the level of risk, and he hoped that China’s behaviour returns to the norms that were established before.

China, which claims democratically governed Taiwan as its own territory, has been staging military exercises this month to show its anger about the visit to Taipei of US House Speaker Nancy Pelosi, blaming Washington for the tension.

Kendall, speaking to reporters on a teleconference from the US Pacific territory of Guam as part of a trip to the region that will also take in Australia and Japan, said: “We are living in a dangerous time.”

Referring to China’s drills around Taiwan, which included firing missiles over the island and repeatedly crossing the median line of the Taiwan Strait, normally an unofficial barrier, he said that Beijing was being very provocative.

“The military activities that China engaged in during the time of the speaker’s visit increased the level of risk and they violated a number of norms, crossing the line was one, firing into the exclusive economic zone of Japan was another, and firing over Taiwan itself was another,” Kendall said.

Japan said that five of the missiles China fired landed in its economic zone.

“These are not actions that are designed to promote peace and stability in the region, they are very provocative and they increase the level of risk,” he said.

While Kendall declined to comment directly on the details of China’s crossing of the median line, he said that China had overreacted to Pelosi’s trip.

“I would hope that their behaviour returns to the norms that were established before,” he said.

China says that Taiwan is the most sensitive and important issue in its ties with the United States, and that it has a right to ensure its security and defend its territorial integrity.

Taiwan’s government says that as the People’s Republic of China has never ruled Taiwan, it has no right to claim it or decide its future, which can only be set by the island’s 23 million people.

Chinese President Xi Jinping has been overseeing an impressive military modernisation programme, including developing stealth fighters and aircraft carriers, alarming many of its neighbours and the United States.

“I am concerned, I think it’s clear to say the United States is concerned, about China’s modernisation programmes, and we’re also concerned about its behaviour in the region,” Kendall said.