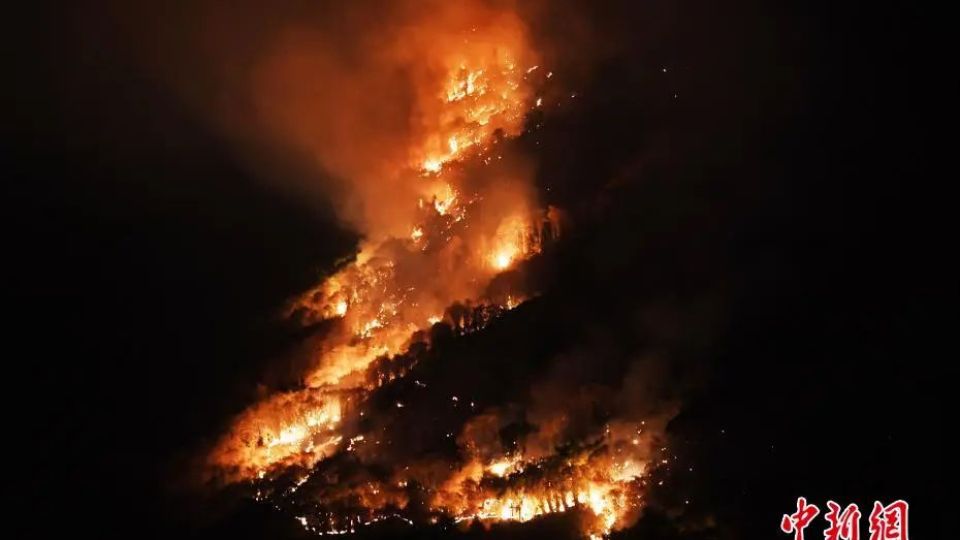 Facing raging mountain wildfires, a young man from Southwest China’s Chongqing municipality did not flinch, and stepped forward to join the battle against flames.
Post Views: 81

Beijing (28/08 – 22.22) Facing raging mountain wildfires, a young man from Southwest China’s Chongqing municipality did not flinch, and stepped forward to join the battle against flames.

When seeing a mountain fire break out in the city’s Fuling district on the evening of Aug 17, Yu Qiupeng, a student from Chongqing Industry and Trade Polytechnic, said: “I just felt a ‘boom’ in my head”.

Without giving a second thought, he set out to join the fight against the fire.

Because of traffic restrictions, Yu had to walk to the fire scene. At around 10 pm, Yu arrived at the fire site and started working with other volunteers. When cleaning a water pipe, Yu accidentally burned his hand.

“I looked up and saw a fireman next to me pouring water on another fireman who had just rushed out of the fire, and the water immediately vaporized into smoke,” said Yu. “I really wanted to cry at that time.”

After hours of arduous efforts by firefighters and volunteers, the fire was extinguished.

On the evening of Aug 18, hot embers at two sites of the mountain fire flared up. Once again Yu joined the volunteer group to extinguish the blazes. This time, the terrain was more complex. Yu needed to transport supplies on the scorched slope. He carried a backpack full of supplies and went back and forth more than 10 times under the scorching sun.

While people were trying to identify the brave young man, Yu’s hometown of Nanchuan district also caught fire because of the relentless heat waves. The 18-year-old headed to the fire scene for a third time.

When his teacher asked: “Did you know how dangerous it was?” Yu said: “I didn’t think about it.”

Chongqing has been baking under the worst heat waves in six decades. Temperatures soared to 45 C on Thursday. Due to the extreme heat, mountain fires have broken out in several outlying districts, forcing 1,500 people to be evacuated. No casualties have been reported so far.