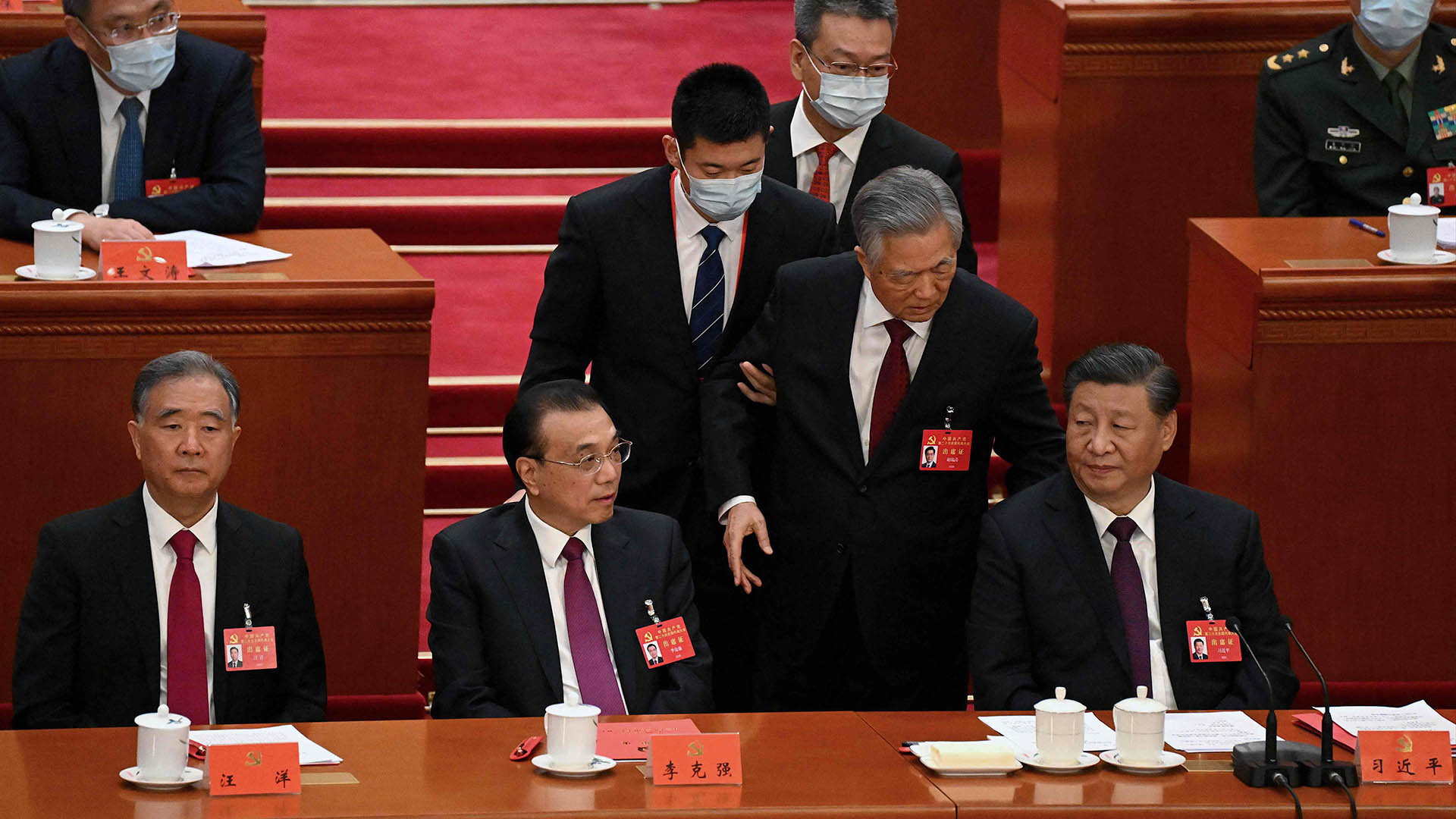 Xi Jinping may have rejected US President Joe Biden’s description of the 21st century as a battle between democracies and autocracies, but as the G20 and APEC summits showed, the Chinese leader remains intent on pushing back at American influence overseas.

Still basking in the afterglow of a Communist Party Congress that last month saw him consolidate and extend his grip on power at home, the strongman leader emerged from China’s zero-Covid isolation with a flurry of in-person meetings in Bali and Bangkok last week.

In contrast to his self-cultivated image as an ideological hardliner, Xi attempted to portray himself as a broad-minded statesman, telling Biden in their meeting last Monday that leaders “should think about and know how to get along with other countries and the wider world.”

This sweeping diplomatic outreach appeared specifically targeted at US allies and regional leaders caught in an intensifying rivalry between Washington and Beijing. Since taking office, Biden has shored up relations with allies and partners to counter China’s growing influence.

“Asia Pacific is no one’s backyard and should not become an area for big power contest,” Xi said Friday at the opening of the APEC summit, in the absence of Biden, who had already flown back to the US.

The whirlwind of face-to-face diplomacy represents something of a victory for Xi, whose self-imposed international isolation had proved extremely costly as China’s relations plummeted with the West and many of its neighbors during the pandemic. Tensions have flared over the origins of the coronavirus, trade, territorial claims, Beijing’s human rights record and its close partnership with Russia despite the devastating war in Ukraine.

“Judging from the sheer volume of international heads of states wanting to have a one-on-one with Xi Jinping, I think it’s safe to say that (the trip) has been successful on Xi’s part,” said Wen-Ti Sung, a political scientist with the Australia National University’s Taiwan Studies Program.

With broad smiles and handshakes, the Chinese leader held exchanges with his counterparts from the US, Australia, France, South Korea, Japan, Singapore, Indonesia, the Philippines and Papua New Guinea, among others – including leaders whose governments had openly criticized Beijing.

And in multiple speeches, Xi, who earlier this year had joined Russian President Vladimir Putin in proclaiming plans to create a “new world order,” attempted to now present himself as a leader for international unity. In a thinly veiled dig at the US, he decried “ideological division,” “block politics,” “cold war mentality,” and attempts to “politicize and weaponize economic and trade relations.”

Over the two summits, Xi held a total of 20 bilateral meetings in a schedule so packed it sometimes stretched late into the night. He also made a point of holding most of the meetings in his hotel.

The optics speak for themselves.

“All the leaders were lining up patiently to meet the ‘emperor’ of China,” said Jean-Pierre Cabestan, a professor of political science at Hong Kong Baptist University.

But despite the apparent outreach, Xi also showed he was ready to confront perceived slights.

In a rare, candid moment caught on camera, Xi chided Canadian Prime Minister Justin Trudeau, accusing him of leaking details of a brief conversation between them. As they parted ways, Xi could be heard off camera describing Trudeau as “very naive.”

“It reminded the whole world that there are limits to this smiling diplomacy – as soon as you cross upon China’s interest you can get into trouble,” Cabestan said.

For Xi, the diplomatic flurry with Western leaders is a crucial first step toward normalizing relations – which had been severely strained by his assertive foreign policy and the “wolf-warrior” diplomacy of Chinese diplomats.

Despite its often aggressive stance, Beijing is increasingly worried about economic decoupling with the West. The poor state of the Chinese economy – thanks to unrelenting zero-Covid lockdowns and the recent US ban on the export of advanced semiconductor chips to China – have added to Beijing’s urgency to reverse the trend.

Notably, among the leaders Xi met in Bali was Prime Minister Mark Rutte of the Netherlands, home to semiconductor giant ASML – which is under increasing pressure from the US to stop selling its products to China.

During their meeting, Xi urged Rutte to avoid “decoupling” and the “politicization of economic and trade issues,” and invited him to visit Beijing next year.

“While Biden may be trying to build a so-called values based alignment against China, Xi is trying to find ways to weaken the cohesion of that alignment by pursuing top-level diplomacy one on one with those countries,” said Sung, the political scientist.

Xi’s numerous meetings with US allies are all the more remarkable given recent tensions with Beijing over trade, geopolitics and China’s human rights crackdown on Xinjiang and Hong Kong. In other multilateral settings, such as the Group of Seven summit, Western nations had issued strongly worded statements expressing concerns about China’s human rights record and peace and stability across the Taiwan Strait.

“Amidst all that, Xi has proven that China still has enough lure and stature to attract all these countries to find ways to work with China. So in that sense, it’s successful diplomacy on Xi’s part,” Sung said.

The international posturing is also intended for the Chinese domestic audience.

For Xi, the key message he wanted to send home was already set at the start of the trip, when he met Biden face-to-face for the first time as national leaders.

“The fact that Xi was talking with Biden in a one-on-one setting, with confidence and smiles throughout, generates this image that the era of ‘G2’ has arrived,” Sung said.

Since coming to power, Xi has touted the “Chinese dream” of national rejuvenation – his vision of restoring China to its past glory and reclaiming its rightful place as a world leader. In recent years, he has also pushed the notion that the East is rising, and the West is in decline.

To Xi’s domestic audience, the image of a superpower “G2” – China and the United States – served as a vivid visual representation of both narratives. “China now can talk with the US like a true equal,” Sung said.

But Chinese people who followed glowing state media coverage of Xi’s trip would have also noticed a striking image: their top leader attending indoor gatherings and mingling with world leaders without a face mask.

That was a far cry from Xi’s caution for Covid during his first trip abroad since the pandemic. When he visited Central Asia in September, Xi wore a mask to disembark from his plane and skipped a mask-free group dinner where leaders ate and talked around the table.

This time around, Xi appeared much more comfortable being maskless. He also attended the Group of 20 dinner, where he shook hands and chatted with leaders including Indian Prime Minister Narendra Modi.

Back home in China, however, snap lockdowns and mass testing edicts continue to torment residents, despite the government’s recent announcement of limited easing of its zero-Covid policy.

In the southern metropolis of Guangzhou, residents revolted against a Covid lockdown, tearing down barriers and marching down streets. In the central city of Zhengzhou, the death of a 4-month-old girl in hotel quarantine stoked nationwide outcry – the second death of a child under Covid restrictions this month.

Having had a taste of what living with Covid could look like in Bali and Bangkok, Xi returned Saturday to a China under siege from rising infections and tightening restrictions in many cities.

Whether they will visit a China free of Covid restrictions – and potential travel quarantines – remains to be seen.