Home » ‘End of an Era’: Gay Sex Is Finally Legal in Singapore, but There’s a Catch 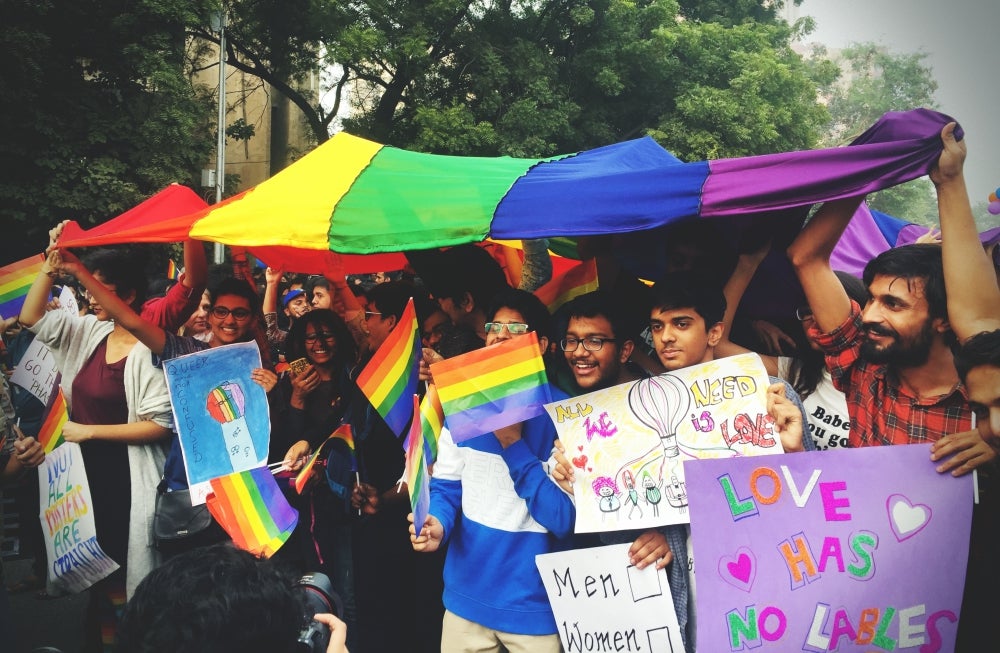 A colonial-era law criminalizing gay sex has officially been repealed in Singapore, but along with it comes a constitutional amendment that keeps same-sex marriages firmly out of reach.

Benjamin Xue was enjoying a quiet dinner at home on Tuesday night. His boyfriend’s mother had come to visit, and the three shared a simple home-cooked meal, trading mundane stories about their lives.

Xue’s boyfriend was the first to address the elephant in the room, informing his mother that just hours ago, Singapore had officially decriminalized gay sex. His mother simply nodded in muted support, and dinner went on. But a momentous undercurrent permeated the evening: The couple’s relationship was finally no longer illegal in the eyes of Singaporean law.

“We never thought that this would happen in our lifetime,” Xue, the co-founder of local LGBTQ youth group Young OUT Here, told VICE World News. Having come out as gay nearly 20 years ago and spent much of his life supporting the local queer community, the repeal announcement brought Xue a “huge sense of relief.”

“I never thought, when I was coming out, that my identity would be somewhat acknowledged in the Parliament,” he said. “I thought the shame and the loneliness was part and parcel of growing up gay.”

But this stigma experienced by many in Singapore’s LGBTQ community, rooted in societal taboos reinforced by the illegality of homosexuality, may have reached an inflection point with this week’s landmark legislative change. On Tuesday, Section 377A of the penal code, a law criminalizing gay sex, was finally repealed in Parliament with a majority of 93 votes in favor and three against, marking the fruition of plans first announced in August by the country’s prime minister.

The government has long pointed to the fact that 377A is not proactively enforced, but many argue that the cascading effects of the law have resulted in serious political challenges for the local LGBTQ community, including social stigma, housing issues, and workplace discrimination.

In the city-state, where public broadcasting regulations prohibit positive portrayals of queer characters and sex education in schools explicitly promotes heterosexual marriages, 377A goes far beyond just gay sex. Coen Teo, the founder of transgender support group TransBefrienders, told VICE World News that he’s hopeful that the removal of 377A as a “social marker” will go a long way in allowing them to engage more constructively with authorities to support youths struggling with gender dysphoria.

“It signifies change and really gives [LGBTQ youths] the hope that they will be accepted one day,” he said. “This repeal signifies the end of an era where we were once taboo.”

In his parliamentary speech, opposition leader Pritam Singh said that the repeal is meant to “honor the equality of all Singaporeans in the eyes of the law, that no consenting adults should be regarded as criminals because of what they do in private.”

Meanwhile, Home Affairs and Law Minister K. Shanmugam said that even if the law was not enforced, it is “memorialized in law” for gay men, and “a daily reminder that every time he engages in private sexual activity, behind closed doors in the sanctity of his bedroom, he is nevertheless a criminal.”

“We have to ask, is it fair that gays have to live in this way?” he said.

Yet during the two days of parliamentary debate this week, the chamber also became a ground for members to express their opposition to the LGBTQ community, as the legality of the lives and identities of thousands became the subject of public debate.

Lim Biow Chuan, a member of parliament from the ruling People’s Action Party, said that religious leaders were concerned that some members of the LGBTQ community were hostile towards anyone who disagreed with their views.

Gerald Giam from the opposition Workers’ Party, who voted against the repeal, said that his “conscience” was one of the reasons for his vote, along with concerns voiced by his constituents that a repeal would shake up the status quo. “It is my sincere belief that retaining Section 377A without enforcing it provides the best balance of the conflicting interests in our society,” he said.

Jean Chong, the co-founder of queer women advocacy group Sayoni, told VICE World News that while Singapore’s parliamentarians still “have a lot to learn about LGBTQ people,” she is heartened to see the number of politicians who did recognize the struggles of the LGBTQ community.

“We take stock of how many MPs were supportive and came out with amazing statements,” she said. “I’m really happy because more than twenty years ago, nobody said anything for us. But now, to see so many allies in the government, we’re just so moved.”

But what has been hailed as a huge win for LGBTQ rights in the city-state comes with an important caveat: The repeal is paired with an amendment to the constitution that would prevent same-sex marriages from being legalized through the courts, as the government takes a significant step to safeguard heterosexual marriages.

Even among parliamentarians supportive of the repeal of Section 377A, conspicuously paired with heartfelt speeches was overwhelming support for the amendment that would shield Singapore’s existing heteronormative definition of marriage from legal challenges. Passed with 85 votes in favor and two against (along with two abstentions), the amendment affirmed that changes to the definition of marriage would occur through the Parliament, thus preventing challenges through the courts—a move aimed at curbing LGBTQ activists who have used this route to oppose Section 377A.

During the two-day parliamentary debate this week, parliamentarians were quick to pledge their commitment for the heterosexual nuclear family, with Foreign Affairs Minister Vivian Balakrishnan saying he believed in the “traditional family form as an ideal.”

“We have to find ways to continue to protect this precious and fragile institution of the traditional family and marriage and we have to remember that the welfare and the rights of our children are paramount,” he said.

Xue, who has waited for decades for their sexuality to be recognized as legal, is taking a glass half-full approach to the announcement, having come to see the constitutional amendment as a “package deal” with the repeal.

“The constitutional amendment does not hard code straight marriage into the Constitution. That is a relief, because at least we know that if anything were to change in the future, the route is through the Parliament,” he said. “At least the road is not completely shut off for recognition of same-sex relationships.”

But it does appear this road will be blocked for the foreseeable future, as the country’s leaders have stated that the incumbent and succeeding government will not be changing the existing definition of marriage.

Gordon Neo, a 26-year-old bisexual man in Singapore following the debate over the past two days, told VICE World News of the pain this kind of rhetoric causes the community.

“I am very alarmed, and also very confused and hurt by how there is this constant need to portray the LGBTQ community as something that our nuclear families need protection from,” he said.