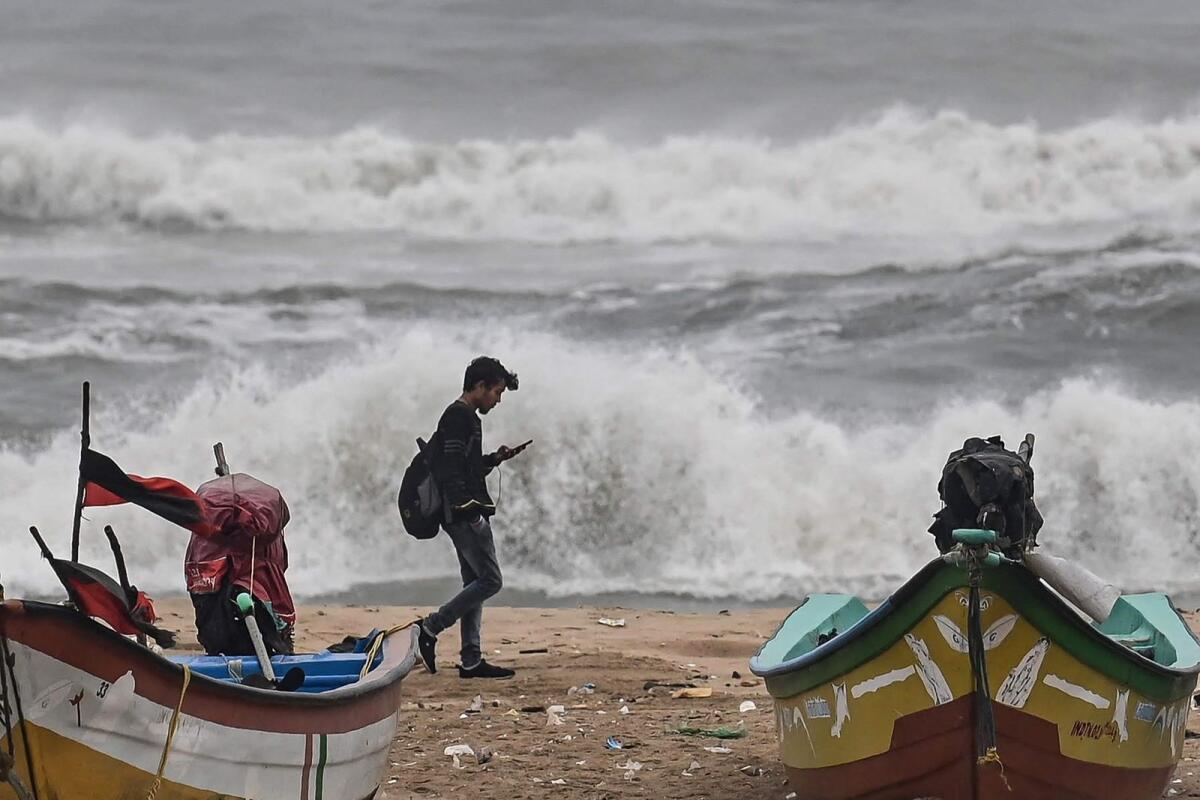 Forecasts say the cyclonic storm will make landfall on India’s southeastern coast around midnight on Friday.

India is bracing for a cyclonic storm set to make landfall on its southeastern coast around midnight on Friday.

Authorities deployed nearly 400 disaster relief personnel in Tamil Nadu state, and urged people to stock up on essentials and be prepared to move to shelters as Cyclone Mandous approached.

India’s NDTV reported that a heavy rain alert has been issued in the southern state, and schools and colleges have been shut in 12 of its districts, including state capital Chennai.

The report said the state has been receiving light to moderate rainfall since Thursday night.

In neighbouring Sri Lanka, schools were closed due to high air pollution levels as Mandous passes by its coast, causing strong winds and rain.

The sky turned cloudy with sporadic rain in Sri Lanka’s main city of Colombo and other cities.

Authorities said the air quality in most parts of the island nation was unhealthy, partly due to extreme weather conditions. They advised that children and the elderly remain indoors.

“The current pollution has arisen due to the combination of local air pollutants and transboundary air pollution,” said the National Building Research Organisation, a state agency involved in environmental monitoring and risk management.

“This condition can be seen in all parts of Sri Lanka and it has a tendency to cause health problems.”

At least two people were killed and another two injured as heavy rains and winds lashed many parts of Sri Lanka the past two days, according to a report by The Associated Press.

Dozens of houses were damaged by falling trees and several roads were blocked, the agency said.

But the agency warned that a storm surge of about 0.5 metres (1.6 feet) above the high tide was likely to inundate low-lying coastal areas of northern Tamil Nadu and neighbouring Puducherry when the cyclone makes landfall.

Heavy to extremely heavy rainfall was expected in those areas and also further north along the shores of Andhra Pradesh state, IMD said, warning that coastal communities were likely to suffer damage to thatched, mud houses and power and communication lines.