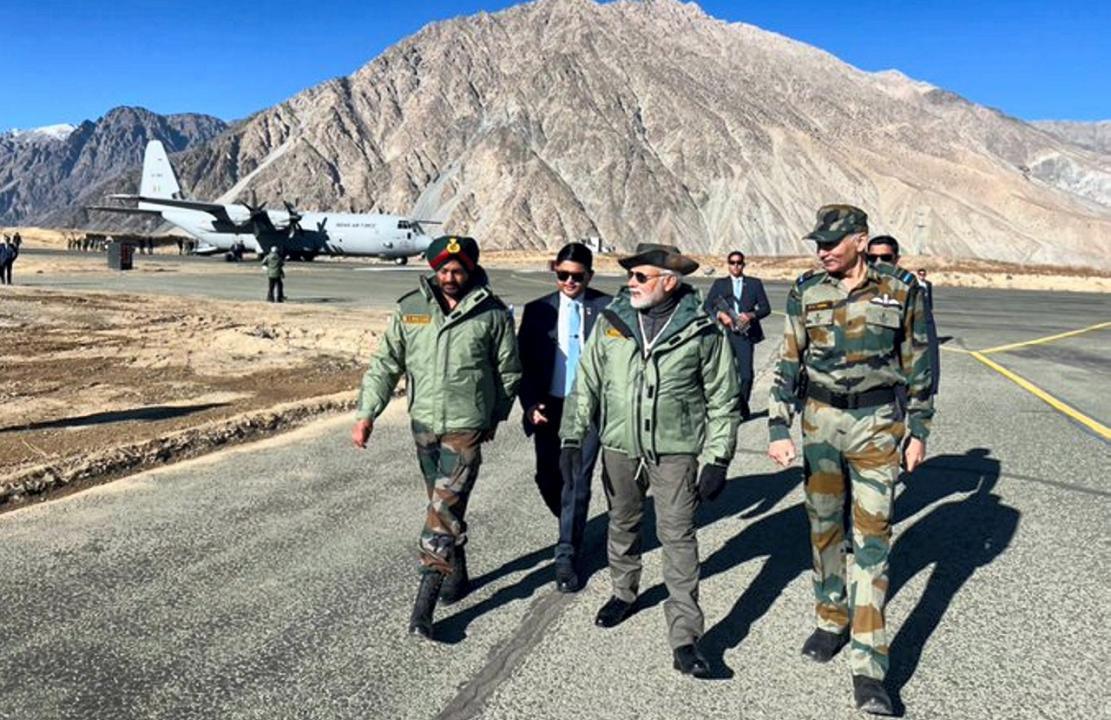 Prime Minister Narendra Modi, who has been celebrating Diwali with the security personnel since 2014, visited Kargil on Monday and shared a sneak peek into his this year’s Diwali celebrations with soldiers.

“Sharing some more glimpses from the Diwali celebrations in Kargil. Met soldiers from all across India. Their courage and resolve inspire all our citizens”, Modi tweeted.

Earlier on Monday, Modi landed in Kargil to celebrate Diwali with jawans. Addressing soldiers, he said: “For me, all of you have been my family for years now. It is a privilege to spend Diwali with our brave jawans in Kargil.”

He distributed sweets among the Indian Army soldiers. He also laid a wreath at the Kargil War Memorial and paid tribute to the army personnel who lost their lives here in 1999.

Modi also joined soldiers in singing ‘Vande Mataram’. In a video, the prime minister could be seen singing and clapping along with the soldiers as they sang Vande Mataram.

Interacting with the soldiers, Modi said, “India has always seen war as the last resort but peace also can’t be achieved without strength. If anyone dares look at us with evil eyes, our three armed forces will give a befitting reply.”

Speaking on the 1999 Kargil war against Pakistan, Modi said, “The meaning of Diwali is the end of Atank (terror) and Kargil made it possible. In Kargil, our forces crushed terror.”

“To facilitate the soldiers of this country in realising their responsibilities, we are developing hi-tech infrastructure in the border areas with seamless connectivity. Over the last eight years, we have worked with a focus on implementing reforms within the armed forces. We have opened positions in the forces for women. Nari Shakti (Women power) will strengthen our armed forces,” he added.