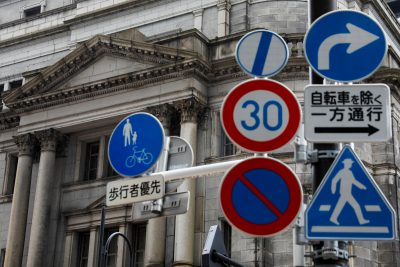 Tokyo (14/07 – 20.00) Like many other central banks, the Bank of Japan (BOJ) has conducted Central Bank Digital Currency (CBDC) experiments since 2021 to test the technical feasibility of the core functions and features of a retail CBDC ecosystem. The second phase of testing began in April 2022.

But the central bank is not considering its implementation in the near future. The purpose of the ongoing experiments is to catch up with new technical features involving blockchain technology, if the need for a CBDC arises. There are three main factors that hamper the BOJ from actively considering the implementation of a digital currency.

The Japanese public has virtually universal access to the banking system and so the issue of promoting financial inclusion has never been a major policy issue. The use of digital and mobile technologies initiated by the private sector when paying for goods and services is also widespread.

The CBDC idea has not received significant support due to the prevalence of internet banking services, credit card usage and e-money payment tools. The public may not find it attractive to use the CBDC since private sector-based payment tools provide tangible benefits — for example, points that can be gained from using payment services which can be accumulated and used for shopping or payment for other services.

Cash is a safe and highly liquid instrument for the payment of goods and services. As legal tender, cash fulfils the function of unit of account, means of exchange and store of value. The amount of cash issuance remains high in Japan despite the declining use of cash — accounting for about 20 per cent of nominal gross domestic product.

Cash becomes more useful when natural disasters or military conflicts cause serious damage to communities, for example via power shortages, the destruction of buildings and computer systems and by weakening trust in the private-sector banking system.

Cash is also preferred by the elderly and those with low-income levels. The prevalence of cash and cash demand is significant in Japan as a result of its aging population — the number of people aged over 65 years old accounts for nearly one third of the population.

While the increasing use of digital payments is a rising trend, cash is likely to remain in use in many economies. Central banks regard retaining cash in the economy as important, despite the higher cash-handling cost and risk of cash-associated crime. Even some highly digitalised economies, like Finland, saw an increase in cash payments from 2019 to 2020.

The opportunity cost of holding cash is related to the financial return from close substitutes of cash, such as retail deposit rates offered by banks and the cost of holding digital currencies. The prolonged low-interest rate environment driven by monetary easing has contributed to lower opportunity cost, particularly in advanced economies.

Low inflation rates influence cash demand through lowering the opportunity cost of holding cash since the value of cash remains stable. While recent inflation rates may depress cash demand globally, the prevalence of cash demand for precautionary reasons may intensify in some European economies as a result of heightened uncertainties stemming from the Russian invasion of Ukraine and a consequent potential decline in trust in the public sector and banking system.

The prevalence of contactless payment methods has reduced the use of cash for transaction purposes, especially after the COVID-19 pandemic.

The 2022 Supermarket White Paper, compiled by the National Supermarket Association of Japan, reported that over 90 per cent of supermarkets are now equipped with credit payment tools. 77 per cent utilise QR codes and/or e-money and 38 per cent have developed their own cashless payment systems.

But cash in circulation has been rising. This is partly because of the long-standing low retail deposit interest rate — which was below 0.2 per cent during 2007–2010, below 0.02 per cent during 2011–2016 and has been at 0.001 per cent since 2017 for ordinary retail bank accounts — has transformed cash into a substitute for bank deposits, contributing to Japan’s rising cash hoarding trend. Cash hoarding refers to cash lying idle without being utilised for economic and investment activities. Crime associated with cash holdings in Japan has also helped to support cash demand.

The prevalence of cash in Japan’s economy may discourage new technology firms from prioritising the innovation of payment methods and financial activities. But the BOJ must continue to accumulate knowledge relating to blockchain technology to ensure financial stability and financial innovation in Japan. In addition, considering the efficiency of cross-border payments using a CBDC would be a promising choice, given the high cost of existing bank-based services.