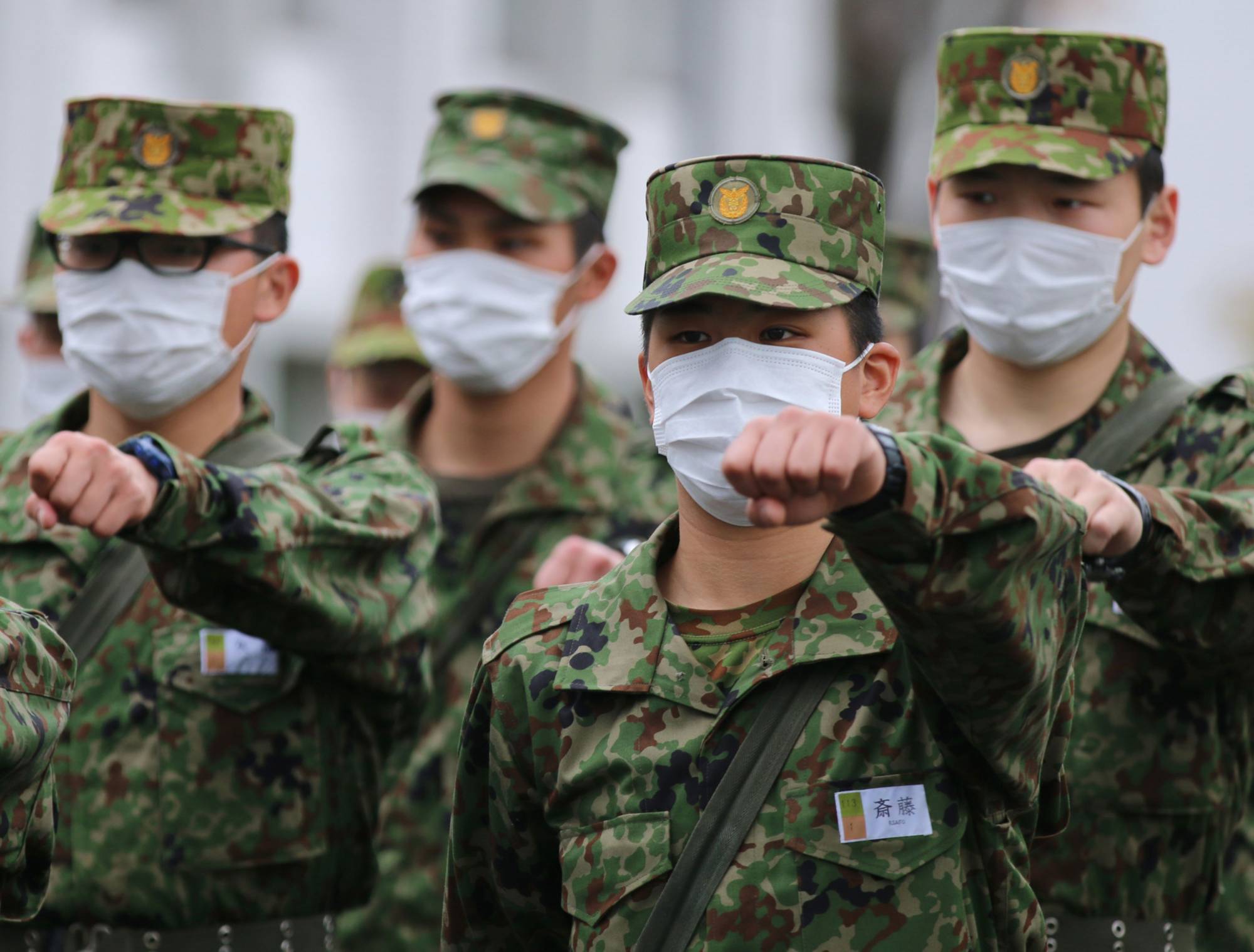 Monks at Kyoto’s Kiyomizu Temple this week announced the Japanese public’s choice for the kanji character that best represents the year 2022. In a narrow vote, the winning character was sen or ikusa, meaning battle — or war.

It’s an appropriate choice not just because of the conflict in Ukraine, the threat of a missile barrage from North Korea and the other stories that have defined the year: it comes just as the country is starting to take seriously the idea of fighting for itself. Prime Minister Fumio Kishida has ordered a doubling of the defense budget to 2% of the country’s gross domestic product in the next five years, an outlay of some ¥43 trillion ($312 billion) that would lift the ostensibly pacifist nation into the ranks of the world’s biggest defense spenders.

Another reason the selection of the kanji (one of the 2,000 or so Chinese characters commonly used in Japanese writing) works is because of the fight currently taking place over how to pay for it. Kishida doesn’t want to raise deficits further to pay for it and has suggested future increases in corporate and other taxes as funding sources instead. That led to an unusual public rebuke from two of his Cabinet ministers, emboldened by the prime minister’s low public popularity, who reject the idea of crimping the economy by boosting taxes.

It seems for now that, with a deft kicking of the can down the road, the move will proceed with plans for a combination of increased or otherwise appropriated taxes, including higher tobacco levies and a redirection of a reconstruction tax applied after the 2011 earthquake and tsunami. A corporate tax surcharge is also being considered, though that’s sure to meet the opprobrium of Japan’s corporate world, that delighted in the 8 percentage points of tax cuts in the past decade. Mainstream income and consumption tax hikes are, thankfully, off the table. Kishida’s rebelling ministers seem to be falling into line. The plans are expected to be included in tax reforms set to be finalized Thursday and will gradually ramp up defense spending each year through fiscal 2027.

Perhaps as surprising as the fight about how to pay for it is a lack of confrontation about whether it’s a good idea or not. Once raised, budgets are difficult to cut. As a result, Kishida’s steps will likely prove to be much more consequential in the long term than during the late Shinzo Abe’s efforts to loosen security legislation. Yet the clamor these days is much lower, with a total absence of street protests in Tokyo opposing the move. Even the left wing Tokyo Shimbun seemed more concerned with getting value for money than with the overall direction.

Likewise outside Japan, a move that would once have been treated with suspicion is being welcomed. When Abe was moving to boost Japan’s military between 2013 and 2015, English-language publications frequently fretted about the country’s “abandoning its pacifism,” while Chinese officials penned editorials in major papers blasting the country and comparing it to the intangible yet looming threat of Voldemort from the Harry Potter novels.

It shows how much the world around China has woken up to the real threat in the region — one that Abe warned about. China’s increasing isolation and its more muscular stance on Taiwan and in the South China Sea have opened doors for Japan to be welcomed as a military power, rather than shunned. The headlines that once fretted about “re-militiarization” or the “hawkish” ruling party have been replaced with more level-headed analyses, which more than anything reflects the shift in U.S. rhetoric.

Seen from Japan, the pace of Washington’s China pivot over the past decade has been breathtaking. The days when presidents would bypass Japan to cozy up to Xi Jinping seem over. So too does the era when the U.S. would treat breaches of Japanese territory by China as a “he said, she said” affair. Few fret anymore about the “death of liberalism in Japan” or push back against claims that Beijing is a threat as “not standing up to scrutiny.” Chinese officials are no longer invited to pen the kind of editorials that invoke a supposed Japanese “threat to global peace.”

Tokyo is ever-more closely being brought into the fold. Last week, Australia’s defense and foreign ministers seemed to float the idea of involving Japan in the AUKUS security pact with the U.S. and U.K.. The country has also sought to be the sixth member of the Five Eyes intelligence-sharing alliance and is reportedly set to join U.S. efforts to tighten exports of advanced chipmaking equipment to China. It’s also continued to move closer to Taiwan, with Koichi Hagiuda, the policy chief of Kishida’s Liberal Democratic Party, warning Beijing from attempting to change the status quo during a recent visit to Taipei, the first by a senior official in 19 years.

The debate even appears to have been good news domestically for Kishida’s dismal polling numbers, pushing the party’s tenuous links with the Unification Church off the front pages. It helps that for once, it makes the prime minister look like he’s doing something of consequence — and leaving a legacy behind. Some 51% of those surveyed by NHK in a poll released this week support the increased spending, while 36% opposed it. Government surveys from 2016, after Abe’s security legislation passed, found just 30% in favor of expanding Japan’s military power.

Kishida’s personal choice for kanji of the year was different — he chose the character for continuing forward or proceed. How much longer the unpopular leader can continue forward is up for debate. But while a larger military may not be his chosen political legacy, he has got the country moving in the right direction, on a path scarcely imaginable at the start of the year.