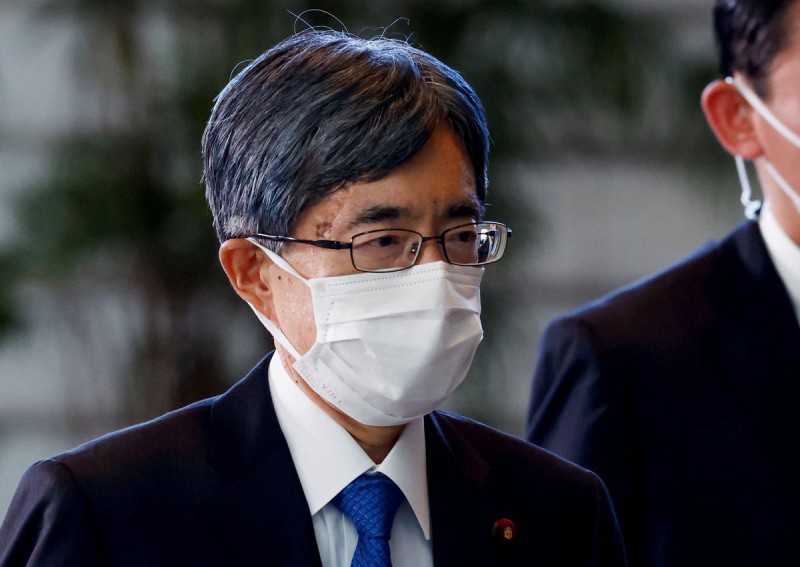 TOKYO — Taro Aso, the vice president of Japan’s ruling Liberal Democratic Party, once described his time as prime minister as one of “deep, dark loneliness.”

Current Prime Minister Fumio Kishida likely feels the same way, since any national leader must ultimately decide alone what they think is best for their country.

Kishida has seen three cabinet members depart in a month. The first for ties to the controversial Unification Church, the second for a death penalty gaffe and the third for a campaign finance scandal. His cabinet approval rating has continued to trend down in polls.

The LDP won the upper house election by a landslide in July. A year ago, it also won enough seats in the lower house to secure a majority in all committees. A prime minister would normally enjoy a stronger political position after two major national electoral victories.

Kishida appears to be an exception.

Following the upper house vote, Kishida compared the two elections to the “first innings” of a baseball game. “We’re heading into the middle innings now,” he said, expressing an eagerness to tackle challenges at home and overseas.

“That feeling hasn’t changed at all,” Kishida said recently. But he likely could not foresee the public backlash over the Unification Church’s ties to Japanese political parties, which have come under renewed scrutiny after former Prime Minister Shinzo Abe was assassinated by a man who held a grudge against the group.

Kishida’s LDP faction, founded by former Prime Minister Hayato Ikeda, is believed to have had little connection to the Unification Church. His distance from the controversy may have contributed to his slow initial response.

It is only natural for Japan to legally crack down on the church’s problematic activities. In a recent poll by Nikkei/TV Tokyo, 66% of respondents wanted stricter restrictions on the church’s solicitation of donations.

Kishida must not delay action on other domestic and international challenges as well. Nine months have passed since Russia began invading Ukraine. Chinese President Xi Jinping has not renounced the use of force over Taiwan, and there is concern that the situation in the Taiwan Strait could shift drastically depending on the result of Taiwan’s 2024 presidential race.

Kishida has instructed his cabinet to expand Japan’s defense budget to 2% of gross domestic product in fiscal 2027 — a first step toward boosting Japan’s deterrence capabilities.

Japan saw a new prime minister roughly every year from 2006 to 2012. Unstable leadership hampers policy and hurts Japan’s standing on the international stage, while making it resort to quick ad hoc fixes over lasting solutions.

Pork-barrel spending is a prime example. Many believe the focus on short-term boosts over time-consuming structural reforms and sustainable expansion led to Japan’s “lost decades” — roughly 30 years of almost no economic growth.

In an August column for Nikkei, I wrote that while the LDP may bill itself as a conservative party, its economic policies are actually more similar to those of the liberal Democratic Party in the U.S.

Much of the LDP’s discussions over Japan’s proposed 29 trillion yen ($209 billion) supplementary budget, designed to cushion the effects of inflation, has centered on the scale. The majority of Japan’s opposition parties also support big government, making their own push for public spending.

But the lost decades suggest that much public spending has gone to fields that never grew. All of Japan’s leaders over these 30 years share blame for the country’s failure to reform.

The biggest threats to leaders often lie within their own circles, and it is not unusual for them to lack people who can protect them within the party or in government. Kishida’s only way to regain the public’s trust is through decisive action even in “deep, dark loneliness,” including structural reforms.