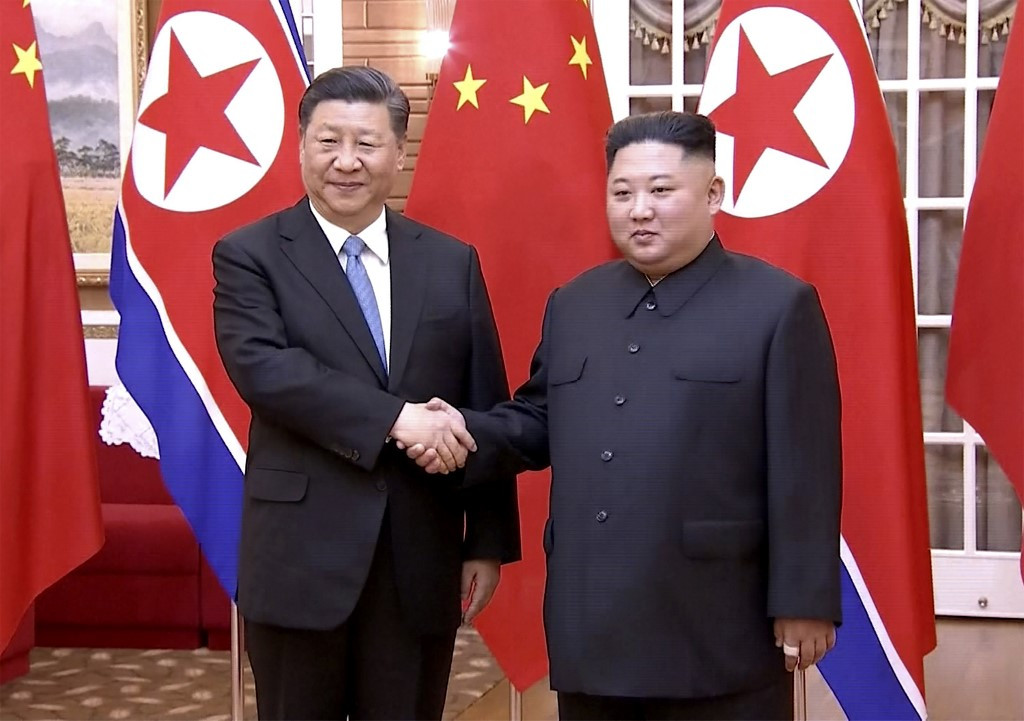 Xi sends message to Kim amid an unprecedented number of missile tests by North Korea.

Chinese President Xi Jinping has told North Korea’s Kim Jong Un that Beijing is willing to work with Pyongyang for global peace and stability, according to the official Korean Central News Agency (KCNA).

The report on Saturday came days after North Korea fired an intercontinental ballistic missile (ICBM) in one of its most powerful tests yet, declaring it would meet perceived nuclear threats from the United States with nuclear weapons of its own.

North Korea has conducted a record-breaking blitz of missile launches in recent weeks and fears have grown that it is building up to a seventh nuclear test, its first since 2017.

In his message to Kim, Xi said Beijing was ready to work together for “peace, stability, development and prosperity of the region and the world”, KCNA reported.

Xi said he was willing to collaborate with Pyongyang as “changes in the world, times, and history are taking place in unprecedented ways”, KCNA said, quoting from the message it said was received in response to congratulations from Kim after the Chinese Communist Party Congress last month handed Xi a third term.

Days before North Korea’s ICBM launch, Xi met on the sidelines of a G20 summit in Bali with US President Joe Biden, who voiced confidence that Beijing does not want to see a further escalation by Pyongyang.

Washington has said it wants China, Pyongyang’s most important ally and economic benefactor, to use its influence to help rein in North Korea.

The November 18 missile launch appeared to be Pyongyang’s newest ICBM with the potential range to hit the US mainland.

The United Nations Security Council convened an open meeting over the launch, with the US, the United Kingdom, France and India among 14 nations to “strongly condemn” Pyongyang’s actions.

But a Western diplomat told the AFP news agency that China and Russia had chosen not to put their names to Monday’s statement.

Earlier this month, the US had accused Beijing and Moscow of protecting Pyongyang from further punishment.

In May, China and Russia vetoed a US-led effort to tighten sanctions on North Korea in response to earlier launches.

Pyongyang is already under multiple sets of international sanctions over its nuclear and ballistic missile programmes, and China accounts for more than 90 percent of the impoverished country’s bilateral trade.