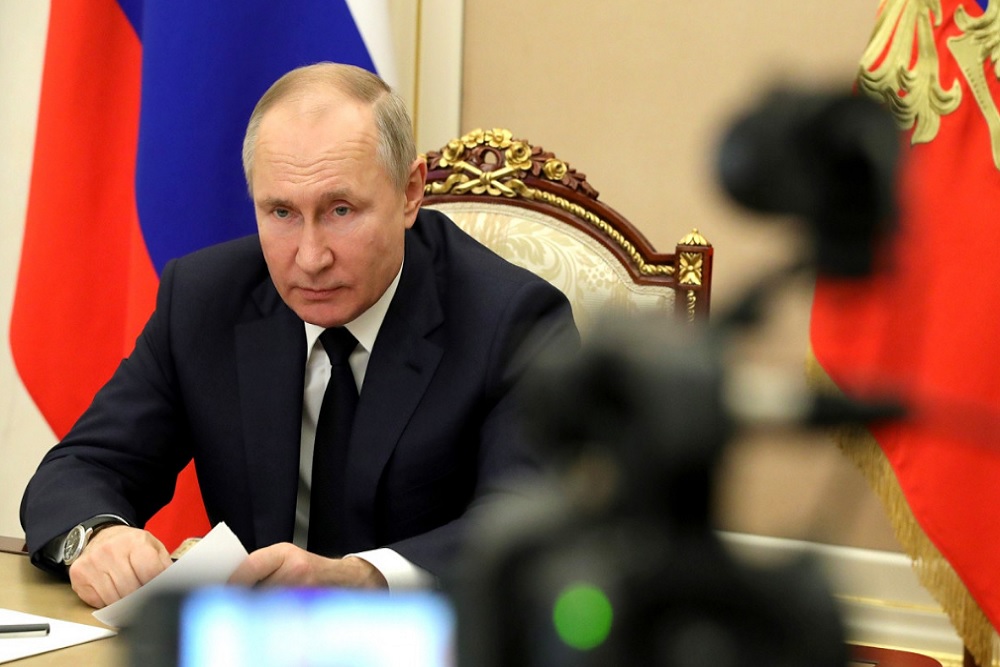 Russian President Vladimir Putin has proposed creating a “gas union” with Kazakhstan and Uzbekistan to establish a mechanism to ship natural gas between the three countries and to other nations, including China.

A day after Kazakh President Qasym-Zhomart Toqaev said he had talks with Putin in Moscow on the issue, Russian Kremlin spokesman Dmitry Peskov confirmed on November 29 that the proposal was being discussed between the three countries because there was a “need for synchronization” since they all sell natural gas.

The first stage of Putin’s proposal envisages “the creation of a coordination mechanism” for the plan, Peskov said.

“The issue likely will have to be discussed with a legal entity to establish cooperation between the three nations and to secure the development of infrastructure for outer markets,” Peskov said.

Toqaev’s spokesman Ruslan Zheldibai wrote on Facebook on November 29 that the Kazakh and Russian presidents had discussed how “to coordinate joint actions for the transportation of Russian gas through the territories of Kazakhstan and Uzbekistan.”

“Presidents Qasym-Zhomart Toqaev and Vladimir Putin said they think it is necessary to hold detailed talks with the participation of experts to find a rational solution to the issue that considers the interests of all involved sides,” Zheldibai wrote.

Peskov noted that, since Kazakhstan’s northern regions depend on natural gas transported from Siberia in Russia, it would be economically advantageous to increase Russian gas supplies instead of following through on a Kazakh government plan to build a new pipeline to secure Kazakh gas deliveries to the region. This, the Kremlin spokesman said, would save Astana “tens of billions of dollars.”

Russia is known as a major natural gas exporter, while the amount of natural gas produced by Kazakhstan and Uzbekistan is barely enough for their own consumption.

The two major economies of the Central Asian region share a gas pipeline to Russia and a pipeline transporting natural gas from Turkmenistan to China.

Moscow has increased its natural gas deliveries to China since European nations began decreasing their dependence on Russian gas amid the Kremlin’s ongoing invasion of Ukraine, which started in late February.