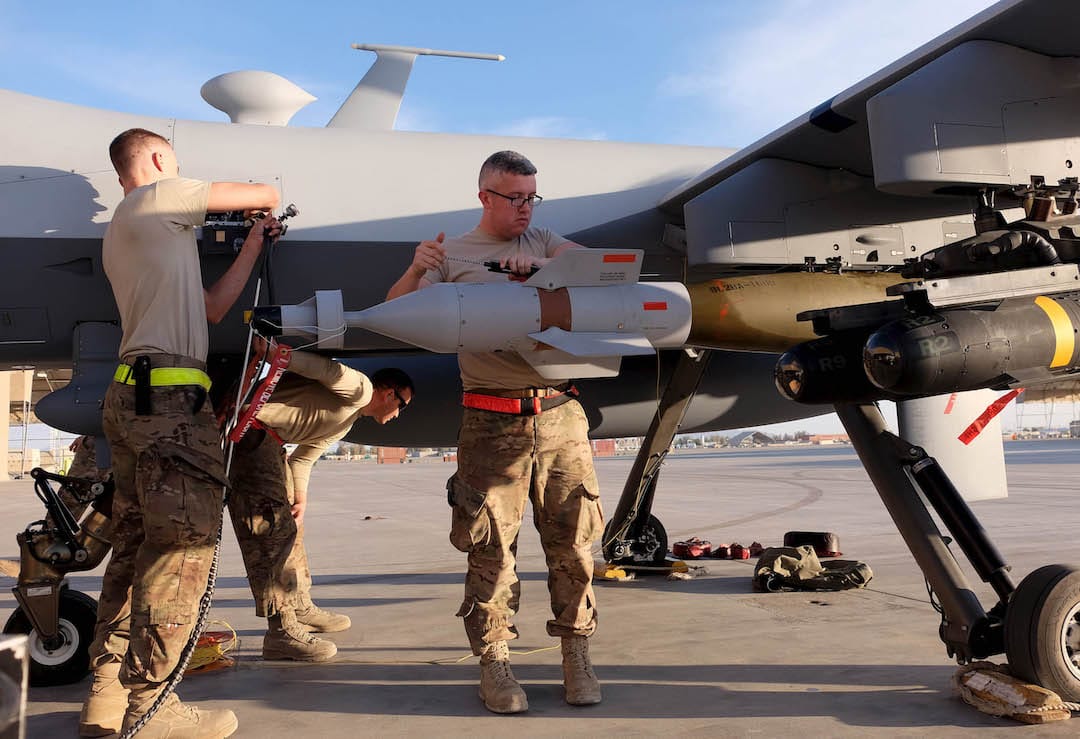 The United States is negotiating with Uzbekistan and Tajikistan to exchange about 50 military aircraft that the former Afghan government had transferred out of the country last summer, prior to its collapse, in exchange for providing assistance to the two countries to arrest “terrorists” in Afghanistan, according to a source familiar with the negotiations.

The fate of the planes that the United States had donated to Afghanistan remained forgotten and ignored for about a year, after Afghan pilots transferred them to Uzbekistan and Tajikistan last August, so that they would not be taken over by the Taliban after the collapse of the previous Afghan government. The Taliban government insists that these planes, which are light attack aircraft and helicopters, are the property of Afghanistan and has demanded their return, but the Uzbek authorities say they are the property of the United States and they will not return them to the Taliban.

An excuse to gain a foothold Not much has been publicly announced about these negotiations, given the sensitivity of Afghan-Uzbek relations, and Russia’s economic and military influence in Central Asia, but US officials are quietly working behind the scenes to use these aircraft as an excuse to gain a foothold in the region, where it is no longer The US military has no presence on the ground, according to a high-ranking official in the US Department of Defense and a congressional adviser with direct knowledge of the negotiations, who spoke anonymously about sensitive issues.

The United States plans to conduct an assessment of the planes to see if they can fly or not, according to the American official. The aim is to provide Uzbekistan with a number of aircraft in return for an informal agreement aimed at “deepening our security relations” on border security and counter-terrorism, the official said.

The agreement could include such things as increasing the sharing of security information, in the long term, and establishing bases for soldiers or aircraft in the two countries as a regional staging post, aimed at monitoring terrorist activities in Afghanistan, something the Biden administration tried to do before withdrawing, but failed. Both Uzbekistan and Tajikistan share borders with Afghanistan, and are closer to US bases hundreds of miles away in the Middle East that the US military depends on to reach Afghanistan.

But at the moment, it is likely that the aforementioned agreement requires access to information that both Uzbekistan and Tajikistan possess, relating to terrorist networks in Afghanistan. “If I give you a plane, then I can ask you to tell your relative who is in Afghanistan to go and see something for us,” said the defense official, who declined to be named. This may be the nature of the relationship, and this is hypothetical, and may not be the case, as I can see the networks of people who have access to Afghanistan.”

Following the Taliban’s takeover of Kabul last summer, Afghan Air Force pilots moved 25% of the total of 46 usable aircraft to Uzbekistan and Tajikistan, according to a 2022 report assessing the collapse of the Afghan government. These aircraft include: a C-208 service plane, a Super Tucano A-29, a light attack aircraft, in addition to the Mi-17, Mi-25, and UH-helicopters. 60 Black Hawks,” according to satellite imagery analyzed by the Center for International and Strategic Studies.

In the near term, it is unlikely that either of the two countries will allow the United States to use its territory for the establishment of any bases, given their strong relations with Russia, and Uzbekistan cooperated more closely with the United States after the terrorist events of September 11, 2001, and was conducted by a base “Karshi-Khanbad” air force in the period between 2001 and 2005 for its operations in Afghanistan, but that agreement was canceled under pressure from the Kremlin. Uzbekistan has close relations with the Taliban, and the Uzbek society views any intervention in the Afghan conflict negatively.

In addition, any agreement for the United States to obtain bases in Uzbekistan requires a change in Uzbek law, which states that the country cannot host any foreign army on its territory.

Tajikistan has a history of working with Washington, including allowing US military planes to refuel at the country’s airports after the September 11 incident, but recently, Tajikistan’s relations with Washington have become frosty, and its economy is heavily dependent on Russia and China.

On the military front, Tajikistan is a member of the Collective Security Treaty Organization, a military alliance of a select group of countries in the former Soviet Union, which now includes bases for the Russian army on its territory. Tajikistan is among the “largestly cooperative” Central Asian countries in counterterrorism operations, according to the congressional adviser, noting that the country cooperates with the United States on border security and training. A Foreign Ministry spokesman declined to comment on this matter.