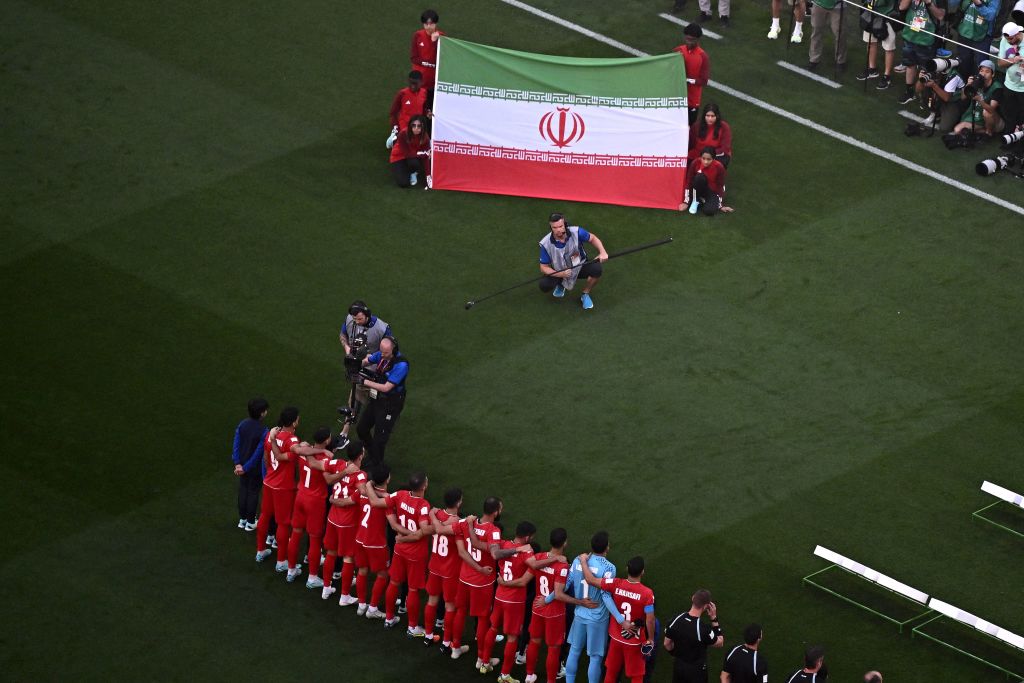 There have been nationwide protests in Iran for months over the country’s treatment of women, particularly after the death of Mahsa Amini, a young woman who was arrested for allegedly wearing a hijab too loosely and later died in police custody. Many Iranian athletes and celebrities have backed the protestors, but the football team’s decision to remain silent during the national anthem is perhaps the biggest display of support.

This act doesn’t appear spontaneous, either. Ehsan Hajsafi, the captain of the Iranian squad, offered his condolences to “all the bereaved families of Iran” following the many arrests and deaths (including 58 Iranian children) in the fallout from the protests. Hajsafi added that “we are with them and sympathize with them.”

“We are here but it does not mean that we should not be their voice, or we must not respect them,” Hajsafi said. “Whatever we have is from them. We have to fight, we have to perform the best we can and score goals, and present the brave people of Iran with the results. And I hope that the conditions change to the expectations of the people.”

Iranian fans protested in the stands

While the players remain silent on the pitch, fans in the stands stayed loud as their own form of protest.

Women aren’t allowed to attend men’s football matches in Iran, so some traveled to Qatar (about a two-hour flight) to watch.

Some fans were even heard booing the national anthem, while others carried banners and flags similar to the Iranian flag that read “Woman. Life. Freedom.” Other fans were denied entry to the game for displaying a Persian flag instead of an Iranian one, according to the New York Times. (The difference between the flags is that the Persian one is adorned with a lion and sun in the center while the Iranian flag has a red Islamic emblem with Kufic script written above and below).