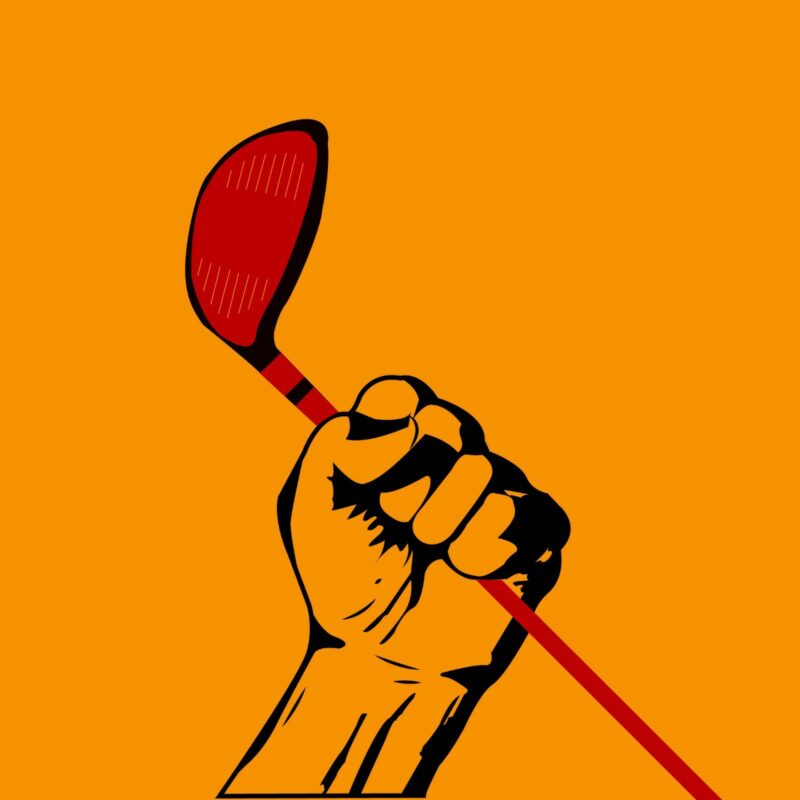 And the PGA is facing with the dilemma, like Coca-Cola faced with Pepsi, Nike with New Balance, or Lewis Jeans with whatever the other brand is called. Competition is good and after all Golf is a competitive sport. It is the question if the PGA can get over it and accept the realities. Unfortunately, as the Guardian called it, it started a civil war, which would be a great meme.

One of the harshest critiques, Rory McIlroy (estimated worth 170 million USD), and others like the aging Tiger Woods (estimated worth 800 million USD, with an annual salary of 50 million USD!) are slowly appearing to be sour grapes over what is a hefty purse for all the players, not just a few. Celebrity net worth wrote, “For example, between June 2019 and June 2020 he earned $63 million from his various endeavors.

Since turning pro in 1996, Tiger’s career earnings top $1.7 billion.” One fan expressed what many of us think, “What’s the fuzz all about, get on with playing golf!” The LIV Golf League getting the attention the PGA has created and a hefty lawsuit by the rebel tour which widens the divide.

Charles Barkley has a point. All about a bit ‘selective outrage’. It is the question why multi-millionaires complain about a bunch of young pro-golfers suddenly also make money?

The UK Daily mail announced that in two weeks, Australian golfer Cameron Smith will announce he is joining the rebel LIV series, pocket $140million and bring about the biggest revolution in the game’s history. Clearly the rebel tour has the Golf royalty shaken. US Today reports that Tiger Woods head to the BMW Series not to play but to talk the potential defectors.

According to reports by the Fire Pit Collective and ESPN’s Mark Schlabach, Woods will be at Wilmington Country Club on Tuesday to meet with a good number of the top-20 ranked players in the world, two days before the first round of the second FedEx Cup Playoffs tournament.

One player who was invited told ESPN the meeting will include “influential PGA Tour members who haven’t defected to LIV Golf.”

The golf traditionalists have taken the moral high ground over the fact that the LIV series is bankrolled by the seemingly unlimited billions of the oppressive Saudi Arabian regime. It is however a hypocritical argument.

But regardless of the political noise on the left the rebels invested in the Asian tour, which is by many seen an open secret for hosting great courses. The Asian Tour, which will benefit from a $300 million cash injection – courtesy of LIV Golf – over the next 10 years.

A minor add-on. After the LIV Golf League went live the PGA announced it will raise its purses. Guess competition works.

One of the windfalls for the rebels is the slowly growing numbers of defections. The UK Daily mail wrote the PGA could handle losing some big names in the twilight of their careers, such as LIV signings Lee Westwood, Graeme McDowell and Ian Poulter. They could even absorb the loss of divisive characters like Phil Mickelson, Patrick Reed and Bubba Watson.

Others, such as youngsters Blake Windred, Ian Snyman and amateur David Puig could be said to be just making up the numbers. But Smith is different.

Ranked number two in the world, current British Open champion after a brilliant final round at St Andrews last month and possessing the best short game in golf, he is arguably the hottest player in the game.

More than that, he is something that not many golfers can boast. Cam Smith is cool.

It seems the PGA is fearing the competition of the Rebel Tour, instead embracing it. Belittled as a ‘circus’, ‘not serious and just for the money, are shallow arguments by the establishment. It is clearly a message for the PGA to change or face extinction. The Rebel tour is good for Golf.

What is concerning is that unsavory characters like the ‘Extinction Rebellion’ surface in the orbit. This rent-a-crowd with its leaders are self-declared Marxists-revolutionary were imprisoned for ‘sedition against the crown’ for trying to bring down airplanes with drones should question the leaders of the PGA who came up with this bright idea to get extremist greenies into what essential is a labour dispute.

One group works for the men, PGA Tour commissioner Jay Monahan, which holds the monopoly over what is a sport for everyone. The other group, the ‘Rebel Tour’ does not agree to work for the men and starts a new gig. LIV Golf. The two groups part, clearly the ‘men’ aka PGA is unhappy about it and makes the live of the rebels living hell. But they got the money and are happy. The end. May the best win.

Unless you of course enter in unfair practices, obstruct the business, hinder TV rights, influence governments, TV stations, or radio, merchandise and ban people from playing on other tours. This makes the relationships toxic which means the PGA is afraid of competition?

Competition is good for the players. Spare us the toxic politics.

Then we suddenly have the blood money issue. Saudi Arabia, 9/11 and so on. This sounds more like a disinformation campaign paid by someone with vested interested on keeping the status quo. It is strange that none of this issues surface at PGA events? Except at the PGA Championship steep beer prices at the PGA tours.

It is like blaming Bayern Munich for the Nazi party that was founded in Munich. Or the role of the German Football Association, DFB, and the Nazi propaganda machine is well studied by academics in the field. So, this narrative is highly questionable and will backfire on the PGA.

Golf is about the long hours of training, the weeks absent from home, family, and failures that every successful athlete experiences. And it’s about endurance, the love for the game and winning. It is not about the politics, and the monopoly that some trying to maintain. It’s about Golf, the game. Period.