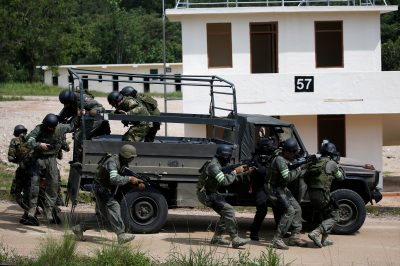 Sydney (12/07 – 25.00) As the Australian Labor Party forms its foreign and defence policies after its recent election victory, resetting Australia’s engagement with Southeast Asia is a key concern for the new government. Australia has identified the region as an area of direct strategic interest. Constructive engagement is crucial for Australia to influence the region in support of shared security interests.

Australia is not considered to have significant economic influence over ASEAN. Only 0.5 per cent of respondents to a recent survey of ASEAN elites by the Institute of Southeast Asian Studies (ISEAS) considered Australia to have the most economic influence in ASEAN, far behind China at 76.7 per cent. Only 0.8 per cent considered Australia to be ASEAN’s most influential political and strategic power — a status afforded to China (54 per cent), followed by the United States (27 per cent).

Australia’s political and strategic scores are equal to that of the United Kingdom. The fact that Canberra’s score is comparable to a country located on the other side of the world is an indictment of its foreign policy — suggesting that Australian policymakers have failed to take advantage of their geographical proximity to Southeast Asia to meaningfully engage ASEAN member states. It seems diplomacy was not critical for the former Australian government, as reflected by the cuts to DFAT’s budget and subsequent reduction in DFAT headcount and overseas posts.

Even though Australia does not have strong economic, political or strategic influence in ASEAN, it has a distinct advantage over China and the United States — the two major powers competing for influence in Southeast Asia. In a recently completed project on Australia–ASEAN defence relations, interviews with ASEAN defence officials and policymakers consistently highlighted that Australia is a more trusted security partner than the United States or China.

Australia is perceived to have no hostile intentions in Southeast Asia. Its regional security and defence initiatives, such as the Five Power Defence Arrangement, are seen as a stabilising force rather than viewed with suspicion.

A Southeast Asian defence official speaking under Chatham House Rules said that Australia’s deeper security involvement in Southeast Asia is welcomed as Canberra is not involved in any regional territorial disputes nor does it have any territorial ambitions. He then pointed out that military activities by China and the United States in the South China Sea were a destabilising presence in the region.

Another consistent theme is the concern among ASEAN member states regarding the China–US rivalry in the region. None want to be drawn into great power conflict, some question Washington’s defence commitment to the region, and many do not want to be seen as advancing the interests of any major power.

The collective stance of ASEAN member states is that any security- or defence-related activity with a major power must not be seen as a threat to the other. No ASEAN member state would be comfortable directly participating in any United States-led freedom of navigations operations (FONOPs) against China’s man-made islands in the South China Sea.

But ASEAN is under tremendous pressure from Beijing and Washington to take side in their game of great-power rivalry. An interviewee pointed out that China has been pressuring ASEAN to abandon their reliance on the United States for security and defence issues.

The fact that ASEAN member states do not want to be seen as advancing the interests of any major power could provide Australia, considered a trusted security partner, with the opportunity to expand its influence across Southeast Asia — particularly through defence engagements. ASEAN member states have specific areas of interest in defence and security, such as maritime domain awareness, that they would like to work on with Australia.

There is an opportunity for Australia to increase its defence engagement with regional states and advance its strategic interests. These efforts require the new Labor government to ensure agencies such as DFAT and the Department of Defence are given sufficient resources to ensure that effective initiatives to engage ASEAN are sustained in the long run.