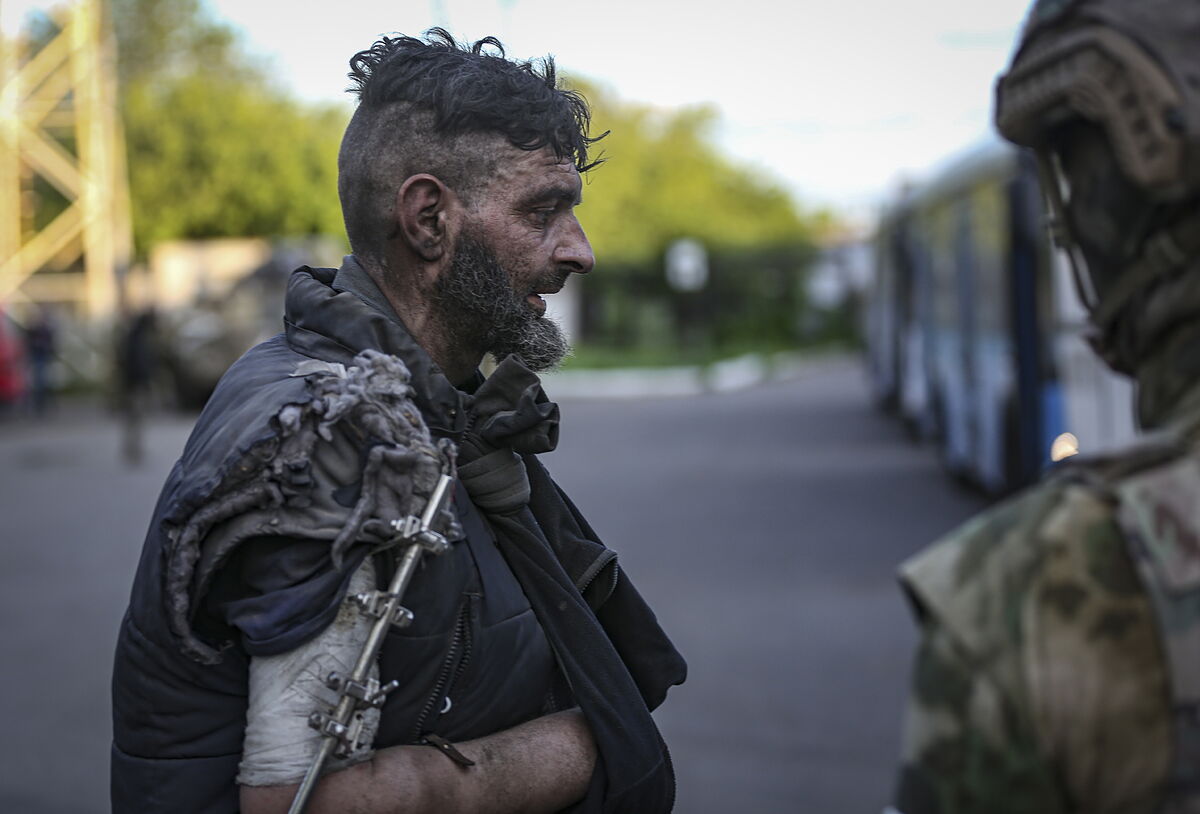 The Ukrainian defenders of Mariupol’s Azovstal steel plant were transported to Russian-controlled territory after the surrender. Kyiv says there will be a prisoner exchange, but some officials in Moscow want the soldiers to be executed

Let’s be clear. Russians are no heroes. The Ukrainians are. Period. Hundreds of Ukrainian fighters surrendered on Wednesday, ending weeks of resistance at the Azovstal steel plant in Mariupol. They were transferred to Russian-controlled areas, hours after Ukrainian President Volodymyr Zelenskyy said that the mission to defend the facility was over.

With the surrender, the most devastating siege of Russia’s war in Ukraine came to an end and it allowed President Vladimir Putin to claim a rare victory in the conflict.

According to Russia, nearly 1000 Ukrainian fighters holed up in the steel plant have now surrendered. Ukrainian authorities have not given an update on how many fighters have left Azovstal.

As Ukraine works to evacuate the last combatants from the plant — in what Russia calls a mass surrender — it describes them as heroes who have fulfilled their gruelling task.

On Tuesday, seven buses carrying Ukrainian soldiers left the Azovstal plant in the port city and arrived at a former prison colony in the Russian-controlled town of Olenivka in Donetsk, Reuters reported.

Who are the fighters?

The fighters come from a variety of different military and law enforcement units, according to Ukrainian officials.

These forces were defending Mariupol from the start of the Russian invasion. Marines from the 36th brigade had held the city’s port and another large plant in Mariupol for more than a month until they ran out of supplies and ammunition.

They moved to the Azovstal steel mill to join the Azov Regiment, a national guard unit with roots in the far right, and some of them were captured by the Russians.

The total number of fighters hiding in the plant’s labyrinth of tunnels and bunkers spread out across about 11 square kilometres at the height of the siege was unclear, although Russia claimed there were more than 2,000.

What happens to the fighters now?

The fate of the fighters is unknown.

Ukraine’s deputy defence minister Hanna Malyar said that they would be swapped in a prisoner exchange. However, Zelenskyy warned that “the work of bringing the boys home … needs delicacy and time.”

What’s worrying is the stand some Russian officials have taken. They said that the fighters would be tried and even executed.

Russian investigators have said they plan to interrogate the soldiers and could charge them with “crimes committed by the Ukrainian regime against the civilian population in south-east Ukraine”, reports Guardian.

A Russian legislator said that the country should consider death penalty for surrendered soldiers.

Leonid Slutsky told the Russian Parliament that Russia should “think carefully” about capital punishment for the fighters. “They do not deserve to live after the monstrous crimes against humanity that they have committed and that are committed continuously against our prisoners,” he said.

The speaker of Russia’s parliament said it will consider banning the exchange of Russian prisoners of war for captured members of the Avoz regiment.

Calling them “Nazi criminals”, Vyacheslav Volodin, speaker of the State Duma, “They are war criminals and we must do everything to bring them to justice.”

Will there be a trial?

A court will decide the fate of the surrendered fighters, a separatist leader said, reports BBC.

According to Russian news agency Tass, Donetsk separatist leader Denis Pushilin says “if the opponent has laid down his arms, the court decides the future fate”. He says any Ukrainians who are found to be “neo-Nazi war criminals” should face an international tribunal.

Pushilin says the top commanders at the steelworks are still inside the plant and have yet to surrender, Reuters reports, citing local media.

Why is Russia calling them Nazi criminals?

Russian officials and state media take issue with the Azov Regiment. It derives from a group called the Azov Battalion, formed in 2014 as one of many volunteer brigades that rose to bolster Ukraine’s underfunded and questionably led military in the fight against Russia-backed separatists in Ukraine’s east.

That conflict broke out after massive protests drove Ukraine’s Kremlin-leaning president from office.

The Azov Battalion drew its initial fighters from far-right circles and elicited criticism for its tactics.

Azov fighters reject accusations of nationalism and radicalism. Sviatoslav Palamar, deputy commander of the regiment who is currently at Azovstal, said in a recent interview that he prefers the term “patriotism”, according to AP.

What is the US saying?

Pentagon spokesman John Kirby has praised the Ukrainian fighters who were holed up in the Mariupol steelworks defending the city.

“Soldiers that continued to resist there did so bravely and skilfully and it’s quite admirable to think how long they were able to hold out and President Zelenskyy referred to them as heroes… I think we would all agree with that,” he said.

What have the fighters achieved?

Ukrainian officials repeatedly stressed the role that the fighters at Azovstal have played in defending Mariupol.

“The Ukrainian troops in Mariupol have already performed a feat, drawing the elite forces of the Russian army onto themselves and significantly slowing down the advance of the Russians in the southeast,” Mariupol Mayor Vadym Boychenko said, according to AP.

“Thanks to the defenders of Mariupol, we have gained critically important time to form reserves, to regroup forces and to receive aid from our partners,” Hanna Maliar said Monday. “Mariupol’s defenders have fully accomplished all missions assigned by the commanders.”

Zelenskyy in turn said that while the plant’s defenders are ending their fight, the move is proper and humane: “Ukraine needs Ukrainian heroes to be alive. It’s our principle.”