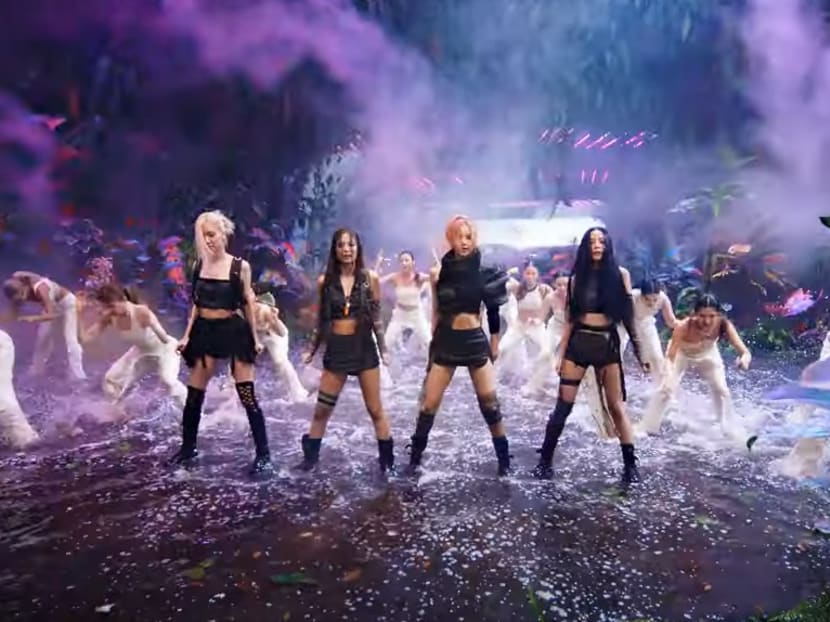 The music video for the song garnered more than 14 million views in just two hours since its release at 12pm Singapore time.

The teaser for the music video of the hip-hop track, the lead single of the group’s new album to be released next month, attracted more than 130 million views on YouTube.

The foursome – Jisoo, Jennie, Rose and Lisa – have become a global phenomenon since their debut in South Korea in 2016 and have collaborated with stars such as Lady Gaga, Cardi B and Dua Lipa.

Some of their songs such as Kill This Love have gathered more than a billion YouTube hits, but group members have focused more recently on solo releases.

“Since it’s our comeback after a long time … we wanted to express our identity. So we put together words ‘Pink’ and ‘Venom’, two contradictory words that will well remind you of us,” Jennie said at a media event.

The band’s management agency YG Entertainment said the music video for the song, which features traditional Korean instruments, is the most expensive it has ever produced.

The new album, Born Pink, set for release on Sep 16, presold more than 1.5 million copies in a week, double the number of the group’s first album, YG said.

“Rather than focusing on breaking records, we have really prepared for the new song so our fans and audiences can love it … (but) if we are able to break records, we would be really thankful,” Rose said.

Blackpink will kick off their world tour in October and visit at least 26 cities, including Singapore through to June, performing to some 1.5 million fans.