Home » Inside the battle for Kherson 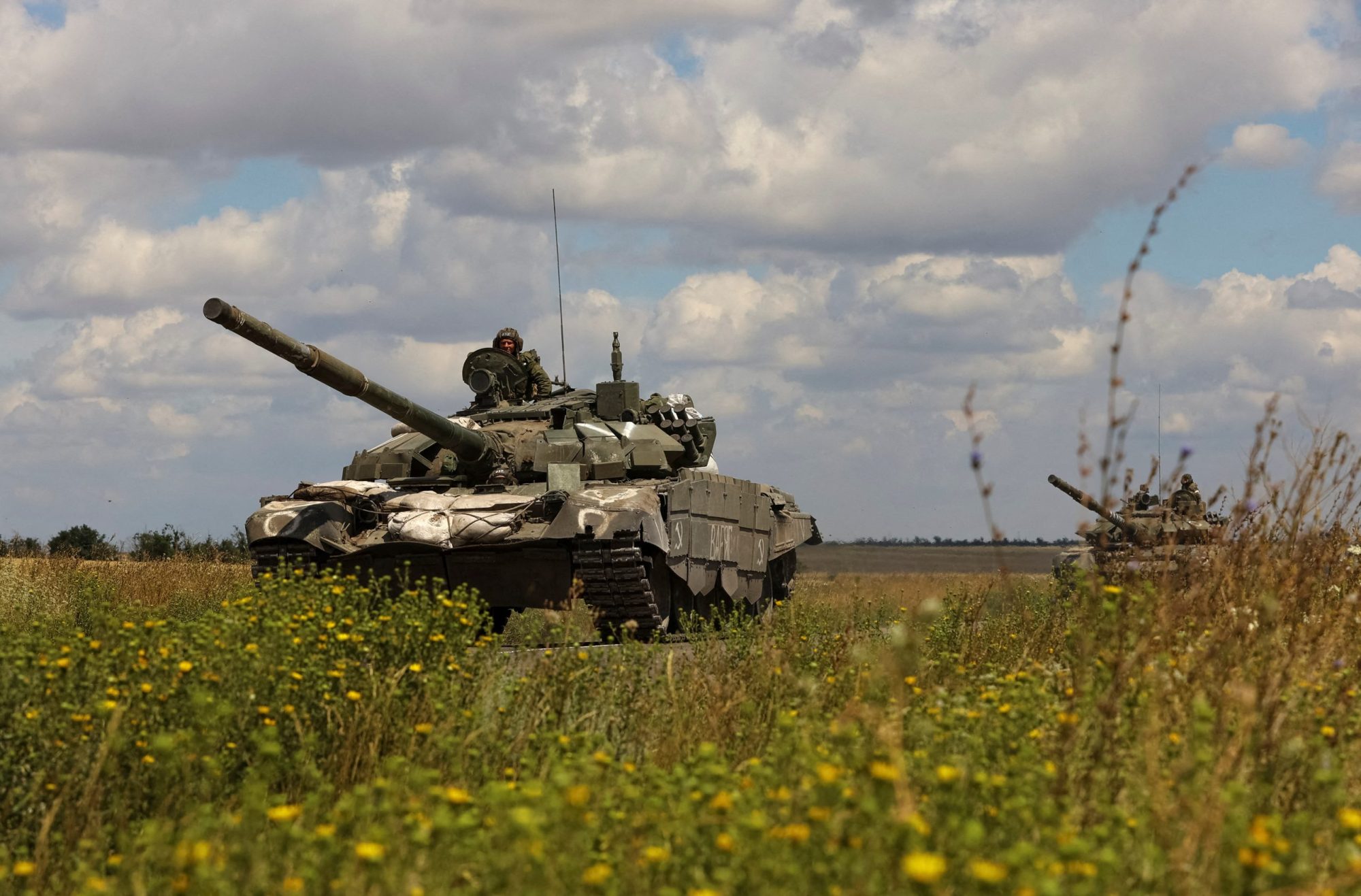 Mangled metal, charred debris and shattered glass cover the floor as a Ukrainian reconnaissance unit storms a Russian command center on the outskirts of the recently liberated city of Kherson.

“Come on over here,” one of the Ukrainian troops suddenly shouts. “Get the stretcher and first aid kit over here.”

Moments later, a Russian soldier emerges from a bunker, wounded in the back of his legs. He is attended to by Ukrainian soldiers who place him face down on the floor and apply first aid.

“We got pinned down over here and everybody ran,” he tells the Ukrainian soldiers. “I fell down and lay there till evening. They came and took my captain and that was it. They said they’d come back for me but nobody came.”

The exchange was recorded by the reconnaissance team and shared with CNN. It offers a valuable insight into the grueling battle for the key southern Ukrainian city of Kherson, which culminated in a Russian withdrawal from a swathe of land on the west bank of the Dnipro river earlier this month, a major setback for the Kremlin’s war.

The Ukrainian unit says the Russian soldier was taken away to safety and his wounds tended to. But many of those sent here by the Kremlin have faced a very different outcome.

“They had the big losses here,” the head of the reconnaissance unit Andrii Pidlisnyi tells CNN, reviewing this with some of the other footage he and his unit have collected over the past few months.

The 28-year-old captain, whose call sign is ‘Sneaky,’ has been living up to his name around Russian positions.

His forces have operated so close to enemy lines they say they could hear Russian soldiers talking, cooking or chopping wood. The unit identified targets both visually and using drones, and then relayed coordinates to Ukrainian artillery for targeting.

Andrii Pidlisnyi, 28, reviews some of the footage he and his unit recorded while carrying out reconnaissance missions beyond enemy lines in Kherson.Vasco Cotovio/CNN

This unit includes some of the better-trained international volunteers that have arrived in Ukraine since the war began. Originally from the United States, Britain, New Zealand and Germany, alongside other European nations, these volunteers served their respective militaries in the past and some have previous experience fighting with Kurdish forces against ISIS in Syria.

In one drone video shared with CNN, Moscow’s soldiers are seen running into a trench while artillery shells rain down on them. The first salvos fall a little wide of the target. But the recon soldiers, using the drone, send minute adjustments to the gunners. Seconds later, plumes of smoke and dust erupt from the Russian bunkers and trenches.

The horror of being under such bombardment is driven home by the sight of Russian soldiers running through the dust, frantically, and in vain, seeking safety and cover as more and more high explosive shells erupt around them.

Through the summer and into the fall, this was the pattern of war on the Kherson front. The Ukrainian recon soldiers said that Russia had the edge in terms of number of guns – firing “80 shots to our 20,” Pidlisnyi says. But modern weapons from NATO and other Western allies sent to Ukraine then gave them the advantage in terms of accuracy. Eventually, after taking what Pidlisnyi guessed were “50%” casualties, the Russians retreated.

“They lost a lot of people … because of our intelligence, because of our artillery and because of our rocket system, especially HIMARS and so on,” he says. “Before they retreated, they lost, in the last month alone, about 90 tanks.”

“That’s a big loss for them, especially as they haven’t got too much new equipment to bring to the front,” the reconnaissance head adds.

The jubilation that followed Ukraine’s success in pushing Russia east away from the West bank of the Dnipro River was a fairly new sentiment for Pidlisnyi and his men.

“It was months and months of just frustration,” Jordan O’Brien says. The 29-year-old New Zealander says he flew across the globe to do his part “to stand up to bullies,” and has been fighting in the south of Ukraine as part of an anti-tank unit since June.

“We were finding it hard to have any effect on the battlefield, it was very hard to actually get to a position where we could see Russian armor,” O’Brien says. “It was dug in real deep.”

Jordan O’Brien, 29, flew across the globe from his native New Zealand to help Ukraine “stand up to bullies,” in a reference to Russian President Vladimir Putin.Vasco Cotovio/CNN

Briton Macer Gifford shares a similar view. “The last few months have been absolutely intense,” the 35-year-old Syrian war veteran says. “The Russians have employed just about every dirty tactic in the book, including massive bombardments of civilian areas. So it’s just incredibly dangerous, tiresome, soul-destroying.”

Russian forces captured Kherson and the surrounding area in the first month of their invasion of Ukraine. They had time to dig in and fortify their positions, months before Kyiv announced a counter-offensive in the summer. Russia used heavy artillery to keep Ukrainian forces at a distance, intensifying its barrages shortly before it withdrew.

“The last couple of weeks particularly have been quite intense because we’ve received a huge amount of artillery,” Gifford says. The unit survived but the pressure was immense. “If anything’s going to break you in this country, it’s going to be the artillery,” O’Brien adds. “Fortunately, everyone’s strong.”

Pidlisnyi and his men were overcome with a sense of relief when they started hearing about a possible Russian retreat over the Dnipro.

‘Sneaky’ says Moscow’s armies began their withdrawal from Kherson under the cover of darkness, from November 8 to November 9, moving their second and third defensive lines towards Kherson and nearby villages. Their first line of defense was the last to move in the morning, Pidlisnyi says, leaving behind several rows of landmines to cover their retreat, hoping to ambush and slow down Ukrainian forces.

By November 10, all Russian forces on the West bank had fallen back to near the Dnipro and started crossing to the East bank, Pidlisnyi says. By November 11, the withdrawal was complete, and confirmed by the Russian Defense Ministry on its official Telegram channel.

Bronx native Damien Rodriguez, the explosives expert of the unit, says he had trouble believing the Russians had simply picked up and left.

“We heard rumors, but we weren’t sure,” the 41-year-old veteran of the Kurdish campaign against ISIS, Rodriguez says. “I didn’t really 100% believe until we got on the ground and seen that they all left the positions.”

The months-long struggle worth it all in the end, he says.

“You see the villagers … you see everybody crying and thanking us for help … for helping liberate their village,” Rodriguez says. “It was the same as Syria when we were liberating villages from ISIS.”

“The amount of people coming on the streets, It honestly felt like the Second World War … People throwing flowers at us and stuff. It was amazing,” Gifford adds.

After chaotic retreats first from Kyiv and then from Kharkiv, the Russian Ministry of Defense claimed that the withdrawal from Kherson was a calculated decision, executed in a professional manner.

“Not a single piece of military equipment or weaponry was left behind on the right bank,” the ministry also said.

Macer Gifford, 35, fought alongside Kurdish soldiers against ISIS in Syria, but says the feeling of liberating Kherson reminded him of World War II.Vasco Cotovio/CNN

But ‘Sneaky’ and his unit dispute that account. Although Russian soldiers had roughly a week to prepare the withdrawal, they still left in a hurry.

“We came with another intelligence unit to check out their positions and found that they ran very quickly from the first line and left a lot of stuff, documents and so on,” Pidlisnyi explains.

Video shared by the unit with CNN shows dozens of boxes of ammunition, military as well as personal documents. “They’ve left behind a huge amount of ordnance everything from anti-air, to grenades, to small arms,” Gifford says.

This was a welcome surprise for the men in the unit.

“I was able to scavenge some really nice stuff because here in Ukraine, we could be better equipped, we’re low on, some of our ammo,” Rodriguez explains. “I use a drone and drop all types of payloads and I set booby-traps, so got some good detonators and extra grenades.

“We call it a reallocation of resources,” he adds.