Home » Beijing seen shifting stance over control over IT giants 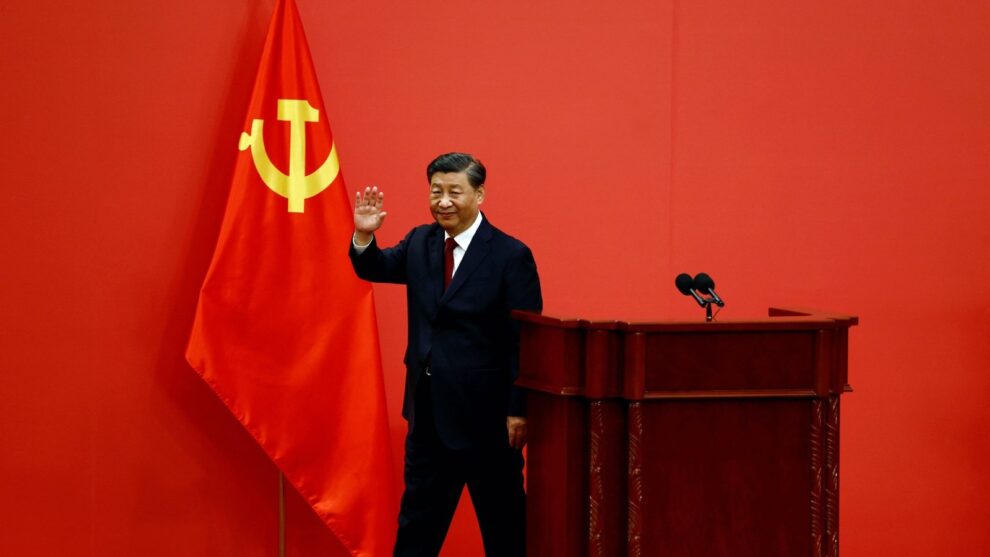 Beijing had levied fines and sanctions against China’s IT giants over a two-year period, but shifted its stance due to a perceived slowdown in the national economy.

The Chinese Communist Party and the government is increasingly believed to be loosening its tight controls on the country’s major IT firms, such as Alibaba Group Holding Ltd.

Beijing had levied huge fines and harsh sanctions against China’s influential IT giants over a two-year period, but shifted its stance due to a perceived significant slowdown in the national economy due to its zero-COVID policy.

China’s state-run Xinhua News Agency on Saturday reported a statement by Guo Shuqing — head of the financial supervisor authority and chairman of China Banking and Insurance Regulatory Commission (CBIRC) — which said that rectification of 14 platform companies’ financial businesses had basically been completed.

Though Guo did not name the companies, he is believed to have been partly referring to Alibaba Group and its subsidiary, Ant Group Co., which operate the Alipay mobile and online payment platform.

Ant Group announced Saturday that Alibaba founder Jack Ma was to give up control of Ant Group so the company could further divest in terms of capital and management.

Guo also emphasized that China would use its monetary policy to strengthen support for firms, including major IT companies, to boost the economy.

The Central Economic Work Conference held in mid-December, which was attended by Chinese President Xi Jinping, announced that China’s 2023 economic policy would “support platform companies to demonstrate their leading role in terms of development, employment and international competition.”

The government’s control of China’s IT giants was reportedly triggered by Ma’s criticism of the authorities in late October 2020. Ma had opined that China’s financial supervision and regulation were outdated.

Ant’s listing — scheduled for the beginning of the following month — was suddenly canceled, and Ma all but disappeared from public view.

China’s reining in of the companies stemmed from its concerns that the IT giants have expanded their influence by leveraging massive amounts of data, such as that pertaining to people’s location and payment history.

The Chinese government viewed such firms to be earning huge profits by monopolizing market profits, going against the principle of common prosperity promoted by Xi.

These strict punitive measures had a major negative impact on the Chinese economy. Alibaba and Meituan suffered huge losses in profit and some IT giants had to cut thousands of jobs.

Many students hope to find employment within China’s IT industry, but with companies closing their doors to new hires, the country’s unemployment rate for 16-24-year-olds remains a high 17%.

The Chinese economy slowed in 2022, partly due to the financial difficulties experienced by the IT giants, and growth is likely to fall far short of the targeted rate of around 5.5%.

“Major IT firms have demonstrated their obedience to the party and the government, and thus there is no longer a need for the authorities to impose strict controls that sacrifice the economy,” an economist said.

Yet, uncertainty remains as to whether the shift in the Chinese government’s stance will lead to an immediate boost. Following nearly two years of government controls, entrepreneurship in the IT sector has been severely hampered in some respects, and this is expected to have a lingering impact on medium- to long-term economic growth, observers say.