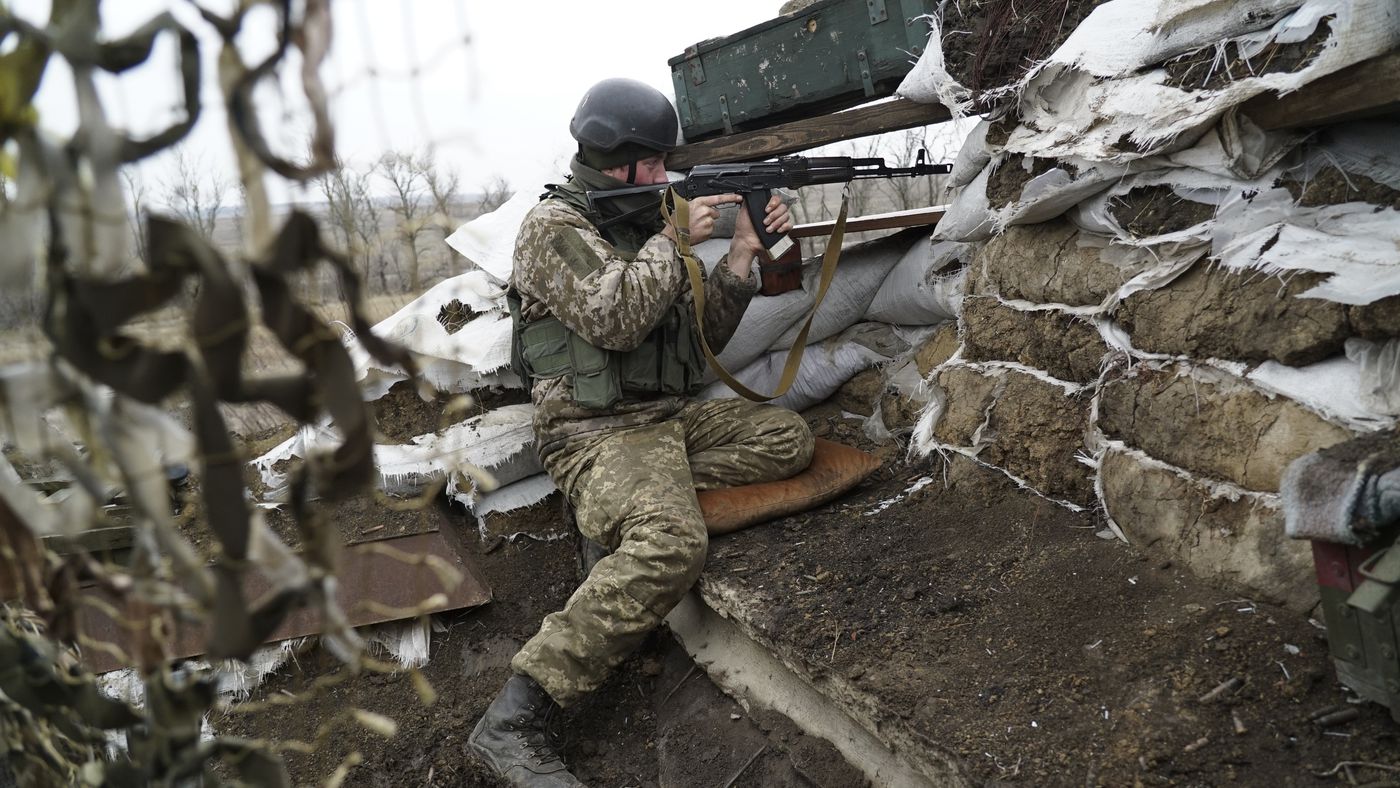 Western powers say if Moscow decides to invade neighbouring Ukraine, a round of tough sanctions awaits.

The head of the European Union’s executive commission has warned Russia that the bloc has a battery of additional sanctions ready if Moscow decides to invade neighbouring Ukraine.

On the eve of an EU summit on the issue, European Commission President Ursula von der Leyen said on Wednesday that beyond scaling up and expanding existing sanctions, the EU can adopt “unprecedented measures with serious consequences for Russia’.’

Von der Leyen told the European Parliament that there are already economic sanctions in place for Russia’s finance, energy and sectors because of its annexation of Ukraine’s Crimea Peninsula in 2014 and actions since that the West sees as increasingly aggressive.

She did not elaborate on what form any new sanctions would take.

Germany’s new Chancellor Olaf Scholz reinforced von der Leyen’s message Wednesday, telling the lower house of the German Parliament that “any violation of territorial integrity will have its price – a high price – and we will speak with one voice on this together with our European partners and our transatlantic allies.”

Hours later, United Kingdom Boris Johnson told Parliament that if Russia were “so rash and mad” as to invade Ukraine, it would face a tough package of sanctions from London and its allies.

US intelligence officials say Russia has moved 70,000 troops towards Ukraine’s border and is preparing for a possible invasion early next year.

Moscow denies it has any plans to attack Ukraine and rejects Western concerns as part of a smear campaign.

In draft conclusions for Thursday’s summit of EU leaders seen by The Associated Press news agency, the 27 nations promise that “any further military aggression against Ukraine will have massive consequences and severe cost in response.”

The EU would coordinate any sanctions package with the United States and Britain.

If some nations see an attack as imminent, others, such as France and Germany, believe there is still time for diplomacy to work. Scholz called for talks on the Ukraine-Russia tensions.

“We must be prepared frequently to attempt to reach agreement, attempt to break out of the spiral of escalation,” Scholz told German legislators in an address on Wednesday.

In 2015, France and Germany brought Russia and Ukraine to the negotiating table and brokered a peace agreement that helped end large-scale hostilities in eastern Ukraine, where Ukrainian forces have been fighting Russia-backed separatists since 2014.

Scholz warned that more talks “must not be misunderstood as a new German ‘Ostpolitik’,” referring to West German Chancellor Willy Brandt’s policy of détente towards the communist Eastern bloc in the early 1970s.

There “can only be a European Ostpolitik in a united Europe” that is based on principles of international law and order that Russia committed itself to but violated with the annexation of Crimea, the chancellor said.

Efforts to reach a political settlement to the separatist conflict, which has killed more than 14,000 people in seven years, have failed. Sporadic skirmishes continue along the tense line of contact. Russia so far refuses to meet France and Germany for more peace talks on the conflict.