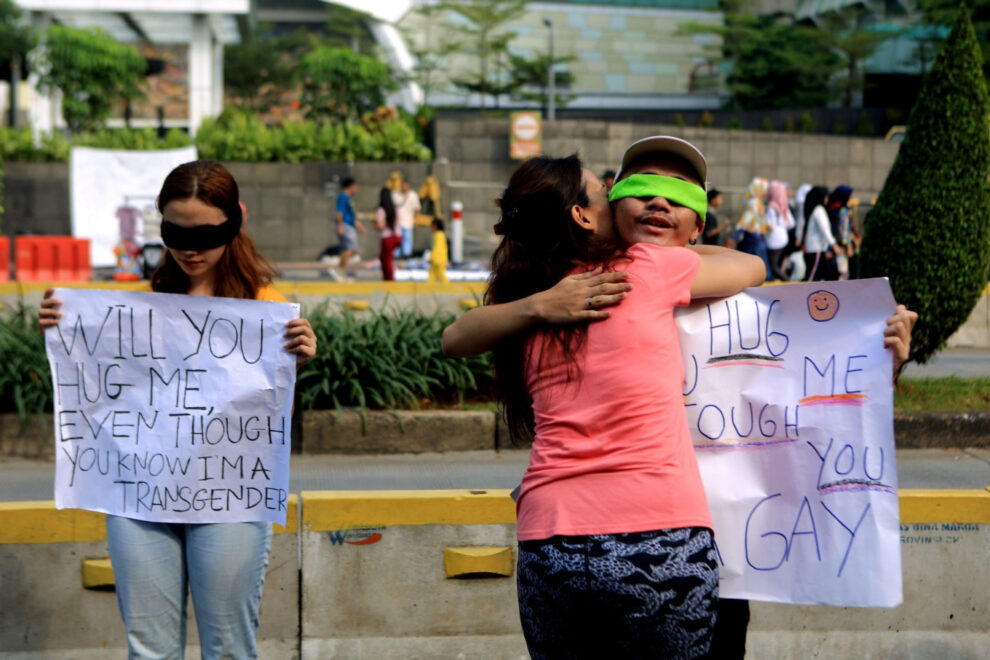 Last month, the world’s largest Muslim-majority country, banned people from having sex outside marriage or even living together.

In a small rented room nestled within narrow alleyways in a Jakarta slum, Eva, a 45-year-old transgender Indonesian busker, carefully applies makeup on her face.

“If you ask if we are afraid, yes we are, but what can we do?” she says sitting next to her partner, Ucok, in their cramped room.

Civil society groups have slammed the new laws saying the changes constitute a huge democratic setback and pose a particular risk to LGBT people, who could be disproportionately impacted by the so-called morality clauses.

Chika, 28, another transgender woman who is also a busker by trade, commutes to her preferred spot in a nearby town every day. Every time she leaves her house she worries about being caught living with her partner.

“When I heard (the news) that we could be punished, my heart dropped. I was shocked and kept thinking about it. Really? What kind of regulation is this?” she said.

When the legal changes take effect in three years, such unmarried couples, particularly in the LGBT community already under pressure from religious conservatives, will have to contend with the constant threat of being reported to the police. Even though only a spouse, parent or child may report suspected offences under the new law, experts and rights groups have warned of the risk of misuse by those looking to crush alliances they dislike.

Although homosexuality is considered taboo in Indonesia, it is not illegal, except in the ultra-conservative, autonomous province of Aceh. But a rising tide of conservative Islam has swelled persecution of the LGBT community.

Government officials have said they hope police raids and finger-pointing by moral crusaders would be prevented by the limitations on who is allowed to report a possible offence.

Indonesia’s National Commission on Human Rights (Komnas HAM) would oversee the course of the new criminal code and has made three recommendations to ensure the laws are non-discriminatory and adhere to human rights, an official told Reuters. Officials of the law ministry did not respond to fresh requests for comment.

But few in the LGBT community are convinced.

“We must be smart in the way we socialise. Not just with our extended family, even in our neighbourhood, we try not to behave intimately, we don’t hold hands like husband and wife. We act normal when we go outside, but we’re intimate in private places. We don’t do anything (intimate) in public,” says Eva as her partner holds her arm in the privacy of their home.