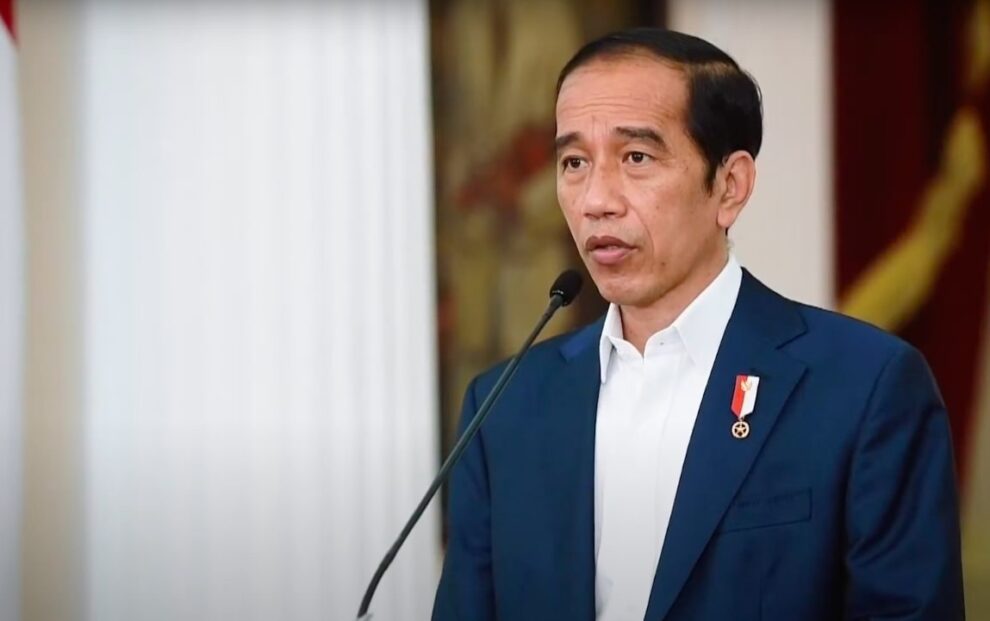 Indonesian President Joko Widodo has acknowledged “gross human rights violations” in his country’s history and vowed to prevent any repeat.

He cited 12 “regrettable” events, including an anti-communist purge at the height of the Cold War.

By some estimates, the massacres killed about 500,000 people.

Mr Widodo is the second Indonesian president to publicly admit the 1960s bloodshed, after the late Abdurrahman Wahid’s public apology in 2000.

The violence was unleashed after communists were accused of killing six generals in an attempted coup amid a struggle for power between the Communists, the military and Islamist groups.

“With a clear mind and an earnest heart, I as (Indonesia’s) head of state acknowledge that gross human rights violations did happen in many occurrences,” Mr Widodo said on Wednesday at a news conference outside the presidential palace in Jakarta.

“And I strongly regret that those violations occurred,” added the president, more commonly known as Jokowi.

The events he cited took place between 1965 and 2003 and included the abduction of democratic activists during protests against former leader Suharto’s iron-fisted presidency in the late 1990s.

The president also highlighted rights violations in the region of Papua – the eastern region bordering Papua New Guinea where there has been a long-running separatist movement – as well as during an insurgency in the province of Aceh, in the north of the island of Sumatra.

The government was looking to restore the rights of victims “fairly and wisely without negating judicial resolution”, he said, but did not specify how this would be done.

“I will endeavour wholeheartedly to ensure gross human rights violations never happen again in the future,” he added.

Even to hear a political leader acknowledge abuses by the state is rare in this region, so President Widodo’s expression of regret for the darker episodes in Indonesia’s past passes what is a very low bar for human rights standards in South-East Asia, and will be broadly welcomed.

It is a step towards fulfilling a campaign pledge he made when he first ran for president in 2014, to provide accountability for past human rights violations. But only a step.

This has come very late, just a year before President Widodo is due to step down. He only set up the team to investigate 12 of the most egregious cases last year, and its remit is explicitly non-judicial; it aims to shed light on what happened, but not to bring the perpetrators to justice in a court of law. Instead he promised to “restore the rights of victims in a fair and wise manner”, and the heal the nation’s wounds.

What he is proposing sounds more like the truth and reconciliation process pioneered in South Africa, and used closer to home in Timor Leste after the end of Indonesia’s violently repressive rule there. It can be cathartic for victims just to have their suffering acknowledged and regretted by the state, but for some this does not go far enough.

Critics have pointed out that under President Widodo military officers accused of some of the worst abuses, like the abduction and murder of political activists in early 1998, have been promoted rather than being held to account.

New laws passed recently have limited, not expanded the freedoms won after the fall of the authoritarian Suharto regime in 1998. The human rights environment in the troubled province of Papua, already bad, has deteriorated since 2014. And any reckoning now with the mass killings of 1965-66, in which at least half a million suspected leftists were murdered, with the collusion or under the direct command of the military, will happen long after most of those involved have already died.

Amnesty International’s Indonesia executive director Usman Hamid called for legal action to be taken against the perpetrators of these acts.

“Mere recognition without trying to bring to justice those responsible for past human rights violations will only add salt to the wounds of the victims and their families. Simply put, the president’s statement is meaningless without accountability,” he said.