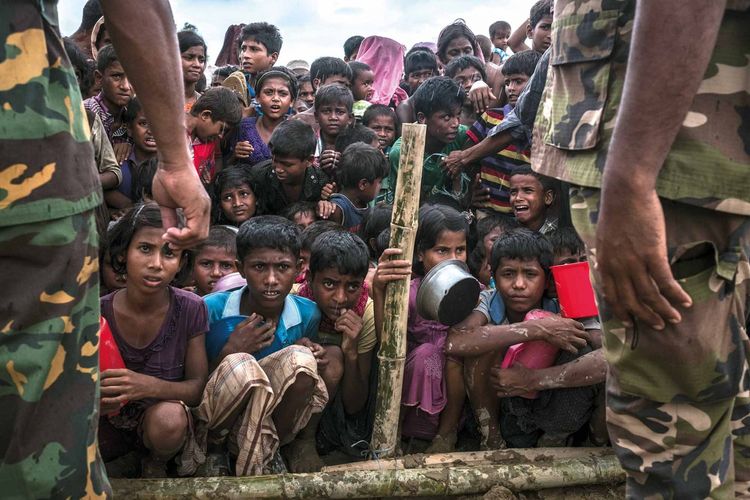 About 200 mostly Muslim Rohingya have been drifting for more than a week in the Andaman Sea after their boat broke down.

The United Nations Refugee Agency has urged countries in Southeast Asia to rescue some 200 Rohingya refugees whose unseaworthy boat has been reported drifting in the Andaman Sea.

The UNCHR said in a statement on Thursday that it had received reports that the Rohingya had been stranded on a boat off the coast of Thailand since its engines failed on December 1.

“Those on board have been without food and water for days and are suffering extreme dehydration,” the statement said, adding it had unverified information that some of the refugees had died.

“There is a significant risk of additional fatalities in the coming days if people are not rescued and disembarked to safety,” it said.

The UNHCR reported earlier this month that there had been a “dramatic” increase in Rohingya refugees making risky boat journeys from Myanmar and Bangladesh to Southeast Asia, seven years after a regional crisis was triggeredby a surge in the number of crossings.

“Seven years after the Andaman Sea crisis, which saw an extensive loss of lives, Rohingya people continue to risk everything in dangerous journeys to escape persecution at home in military-run Myanmar, and the abysmal conditions in Bangladeshi refugee camps,” Amnesty International’s Southeast Asia Researcher Rachel Chhoa-Howard said in a statement.

“International humanitarian law requires the rescue of people at sea when they are in distress, and their delivery to a place of safety. Swift action is needed to protect lives. Further delays to alleviate this suffering or any attempts to send Rohingya back to Myanmar where they face persecution are unconscionable.”

Some 1,920 people, mostly Rohingya, travelled by sea from January to November 2022, from Myanmar and Bangladesh, compared with only 287 in 2021, according to the UNHCR.

Some 119 people were reported dead or missing on these journeys, it added.

The refugee agency urged regional governments to act and said it was ready to provide any necessary humanitarian assistance to those disembarked. It did not elaborate on the location of the vessel.

The mostly Muslim Rohingya have long suffered discrimination and persecution in their home state of Rakhine in far western Myanmar, and some three-quarters of a million people fled to neighbouring Bangladesh after a brutal military crackdown in 2017 that is now the subject of a genocide trial.

Those that remain in Rakhine are mostly confined to squalid internment camps and face severe restrictions on their freedom of movement, access to education and health services in a system Amnesty has called “apartheid”.