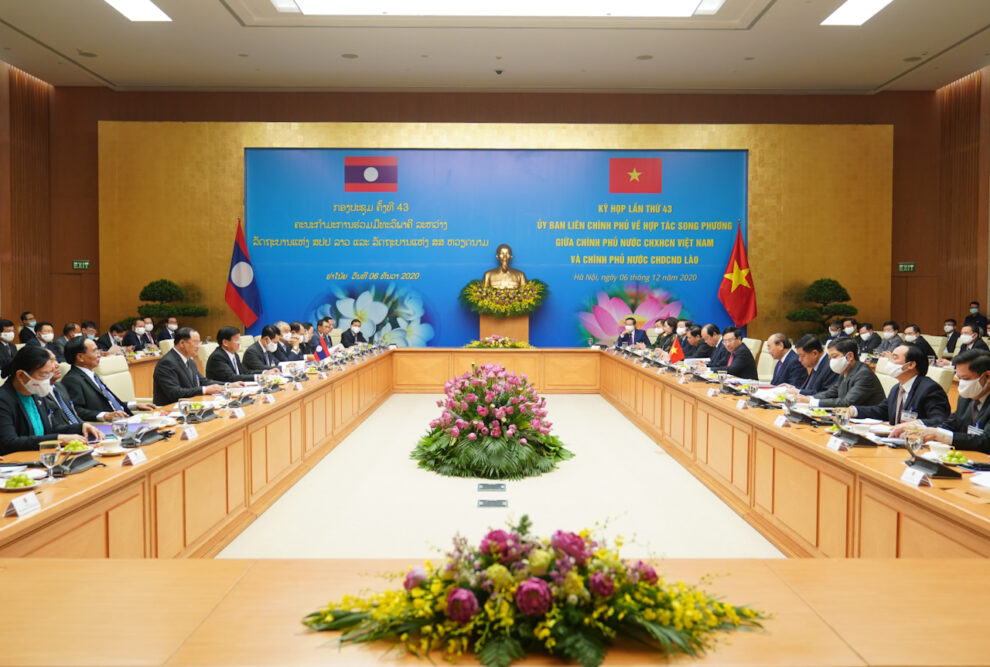 The meeting, held on January 11-12, saw the attendance of representatives from more than 20 ministries, agencies and localities of the two countries.

The two sides agree to concretise conclusions by the two Politburos as well as the agreement on the 2023 cooperation plan in order to boost collaboration across spheres, from politics, diplomacy, and national defence-security to investment and trade.

They will also work to create changes in partnerships in economy, culture, education, health care, and science-technology, raise the efficiency of investment, and promote socio-economic infrastructure development in Laos.

The two sides noted with pleasure comprehensive cooperation outcomes recorded in 2022, saying the bilateral trade surpassed the set target to reach 1.73 billion USD, up 24% from the previous year.

The two countries agreed to focus on the implementation of joint statements and agreements reached by the two Politburos and others, including the one inked at the 45th meeting.

They will also step up political, diplomatic, national defence-security, investment and trade ties, striving to raise the two-way trade by 10-15% in 2023 as compared with the previous year.

The sides consented to expand collaboration in personnel training, invest in transport projects, and join hands in the sustainable use of water resources and other natural resources.

Greater efforts will be made to deal with obstacles to projects funded by Vietnam and invested by Vietnamese firms in Laos, and encourage ministries, agencies and localities to expand relations and support each other.

In the spirit of mutual trust, the two countries will provide mutual support and cooperate at regional and international organisations and forums.

Siphandone suggested the two sides continue delegation exchanges at all levels and through all channels to constantly consolidate their political relations, intensify the exchange of political theory, coordinate in ensuring security, and social order and safety, and forge cooperation in national defence and security.

The bilateral economic cooperation should be further advanced, he said, calling for joint efforts in improving the investment environment and enhance economic connectivity, including infrastructure in transport, telecoms and energy.

In his remarks, Chinh affirmed that the Vietnamese Party, Government and people consider their Lao counterparts close, reliable comrades, and brothers.

Therefore, he said, the main task lies with enhancing connectivity and supporting each other in building an economy of independence and self-reliance, which integrates into the world intensively, extensively, pragmatically and effectively.

The two sides should facilitate the operations of their businesses, he said, asking ministries, agencies and localities of both sides to play a more active part, especially in settling roadblocks to projects.

The Vietnamese Government will drastically instruct ministries, agencies, localities and enterprises to coordinate with the Lao side to effectively materialise commitments made at the meeting, the leader pledged.

The meeting is expected to create new momentum, making the bilateral collaboration more substantive and effective, and contributing to consolidating and strengthening the traditional friendship, special solidarity and comprehensive cooperation between the two countries, he said.

Prior to the meeting, the leaders visited a photo exhibition on the land and people of the two countries, and their relations, especially in finance, banking, energy, telecoms, agriculture and forestry.

The event was jointly held by the Vietnam News Agency and the Vietnamese Ministry of Planning and Investment.