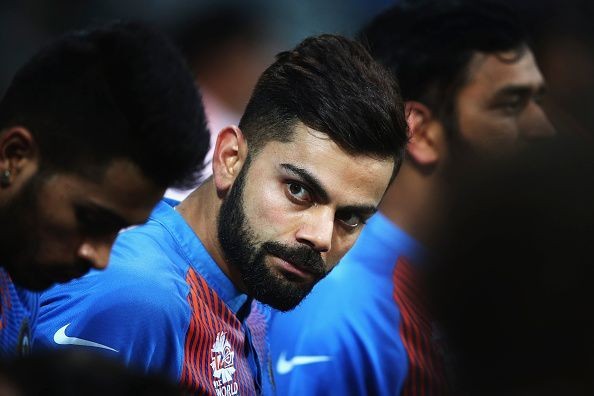 Virat Kohli is one of the most successful cricketers in the history of the game. With more than 20,000 runs and 70 international centuries, the former India captain has excelled across formats. He once opened up about one thing he would never do.

In the last 14 years, he has helped India and his IPL franchise Royal Challengers Bangalore win a lot of games with his batting. He has also had a great stint as a captain in both international and franchise cricket.

A few years ago, a young and aggressive Kohli who would do whatever his heart said. However, things have changed now that he has become a role model for millions of young fans. He wisely chooses what he should do in terms of brand endorsements.

In an interview with GQ India in 2015, Kohli said that he was no longer interested in doing experimental advertisements, as he prepared a list in his mind he wanted to follow. Describing the stuff he did not want to do again, Kohli had said:

“Some of the stuff I did initially, I wouldn’t do now. Lying around with girls in my underwear and stuff. … That was just experimenting, getting a feel for how it works.”

Kohli does commercials and advertisements for various brands suitable for all age groups, having understood his responsibility well being one of the faces of Indian cricket.

When is Virat Kohli returning to action?

Virat Kohli is set to return to action on Sunday (August 28) in Dubai when India take on Pakistan in the Asia Cup.

The 33-year-old was rested for the recent ODI series against West Indies and Zimbabwe. He last played an international in the third ODI against England. The game against Pakistan will be Kohli’s 100th in T20I cricket.