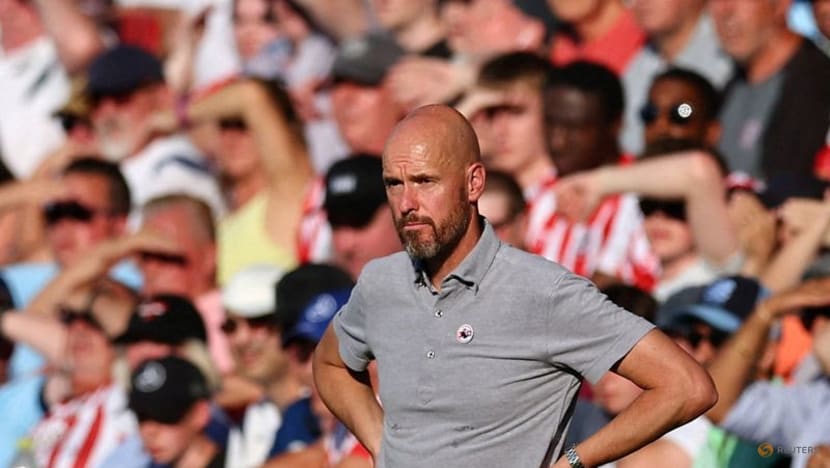 Manchester United manager Erik ten Hag urged fans to stay unified ahead of Monday's Premier League clash with Liverpool as some supporters plan to protest against the club's American owners, the Glazer family, before the game.
Post Views: 100

Manchester (24/08 – 33.33) Manchester United manager Erik ten Hag urged fans to stay unified ahead of Monday’s Premier League clash with Liverpool as some supporters plan to protest against the club’s American owners, the Glazer family, before the game.

United have come under fire from fans after losing both their opening games to sit at the bottom of the league table and also failing to secure transfer targets in the close season.

“I can only say the owners want to win and the fans, we want them behind the club,” Ten Hag told reporters on Friday.

“And I can understand sometimes but I am not that long in the club to see all the backgrounds. We have to fight together and be unified.”

United, who won the last of their record 20 English league titles back in 2013, will be looking for their first top-flight points under Ten Hag when they host Liverpool on Monday.

They have been handed an early boost with forward Anthony Martial back in training after missing the last two games with a hamstring injury, though it remains to be seen if he will be involved in the match.

Ten Hag was asked about Cristiano Ronaldo’s future at the club and the Dutch manager reiterated that the Portugal forward remains in his plans, amid intense speculation over the 37-year-old’s future.

“I don’t know why he’s a particular focus after Saturday, it was the team performance and the whole team’s attitude, including Ronaldo,” Ten Hag said. “He’s in our plans, that’s what I can say.”

Ten Hag said the team would stick to their game plan against Liverpool, who are 12th after getting a draw in both their games so far.

“I know the rivals, we are the rivals. We have to win every game, especially this game,” he added.

“It’s not different to motivate this team because my experience with them is they work really good on the training pitch.”

Ten Hag was coy when asked about the prospect of the club signing Brazilian midfielder Casemiro from LaLiga champions Real Madrid.