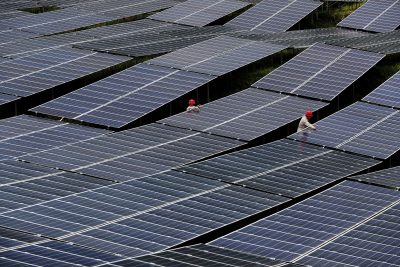 Beijing (13/07 – 25.00) Despite the Labor Party’s recent federal election victory, challenges in the Australia–China relationship continue. Few, if any, of the political disputes that led to the diplomatic impasse show any signs of abating. Still, a change in government presents an opportunity to recalibrate the Australia–China relationship. But an ice-breaker is needed. A proactive offer from Australia to engage China on climate cooperation ought to be meaningful.

Climate change is one issue that China has demonstrated consistency on in international engagement. Despite the Biden administration broadening areas of competition with China, cooperation nonetheless continues on climate change issues. China and the European Union have even broader cooperation on environmental issues such as climate, energy, biodiversity, green economy and technology, despite their differences in a growing number of areas — from sanctions over alleged forced labour in Xinjiang to the ongoing Russia–Ukraine war.

In recent years, China has maintained an active profile in global climate diplomacy. Its pledge in September 2020 to strive to peak carbon dioxide emissions by 2030 and achieve carbon neutrality before 2060 came as a surprise. Beijing evidently values international recognition for its carbon control efforts, with its chief climate diplomat heading China’s small delegation to the May 2022 World Economic Forum gathering in Davos, Switzerland.

While Australia has long been criticised for its unambitious climate targets, the recent election marks a new start for the country’s climate policy. Labor’s 2030 target of a 43 per cent cut below 2005 levels is significantly higher than the previous government’s 26 per cent. The new government also promises to spend US$14.2 billion to upgrade Australia’s electricity transmission network, fund electric car discounts and provide batteries for communities across the country by 2030.

As such, Australia and China’s interests in climate change and energy cooperation are actually converging. There is significant potential for climate and energy cooperation in fossil fuel and renewable sectors, investment and technology. Some of these opportunities for cooperation will not require much preparation, as long as both governments do not stand in the way.

As Australia is the world’s largest liquefied natural gas (LNG) exporter and a major coal exporter, and China is the world’s largest coal and LNG importer, this complementarity of interests provides an opportunity to establish a stable, long-term relationship. By importing Australian coal, which is of higher quality than Chinese domestic coal, carbon emissions can be reduced in power generation and the steel industry. As such, lifting its restrictions on coal imports from Australia is in China’s interest. Switching from coal to natural gas is also a cost-effective way to reduce emissions in China’s energy transition in the short run.

And Labor’s energy and climate plan can be further boosted by trade and cooperation with China, given that China is a significant supplier of renewable energy products, including batteries and solar photovoltaic panels. As such, Labor’s goals to increase the share of renewables in the National Electricity Market to 82 per cent by 2030, its US$14.2  billion upgrade of the electricity grid and the US$70 million solar banks initiative and other initiatives can be achieved at lower costs.

These benefits of cooperation are underscored by domestic demand in Australia to deliver more ambitious climate action — evidenced by significant support for the Greens and Teal Independents in the recent federal election — and international expectations for Australia to go beyond its 2 degrees Celsius commitment.

Australia and China have significant potential as key players in the future development of hydrogen, a key product of the future low carbon world. Australia could become an economic superpower in the post-carbon future due partly to its export potential of green hydrogen and green hydrogen products, such as green steel and green ammonia. By 2030, Australia aims to be among the top three exporters of hydrogen to Asia, while in the next ten years, China is expected to be the world’s largest investor in hydrogen.

Australia and China could also cooperate in third countries, with the Pacific an obvious area of choice. Both China and Australia are showing their willingness to help Pacific countries address their climate change concerns, with ongoing trilateral cooperation in malaria control in Papua New Guinea offering a useful precedent.

The two governments can also encourage collaboration within universities and the private sector as bilateral investments in emission reduction technologies and projects are considered less sensitive than energy infrastructure projects.

Unlike Australia’s climate change engagements with many other developing countries, climate change cooperation with China does not entail Australia providing aid. But it does take courage on the part of the government to refrain from further exchanges of acrimony. Doing so will free up space for Australian and Chinese business and educational institutions to explore tangible and mutually beneficial ways of cooperation.